Winning photographers put the shipping industry brilliantly in the frame… 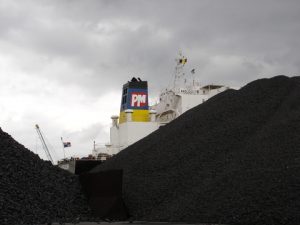 A judging panel has praised the high quality of entries to the photography competition run by the WISTA-UK Came by Ship campaign in conjunction with Seavision, the UK initiative to spread appreciation of the importance of the maritime industry among people in the 11 to 22 age range.

Ewen Macdonald, director of Seavision, announced that the final entry tally was an impressive 372. Mr Macdonald, who co-ordinated the judges’ reports, said: “I am sure you will concur that the standard of entries is both high and pleasingly diverse in their capture of many aspects of the professional world of shipping.” 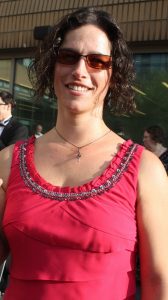 Mr Macdonald said: “The competition sought to promote awareness of the proportion of goods that move by sea.  Those of us working in the sector are of course well aware that it is over 90%, but few others are.” 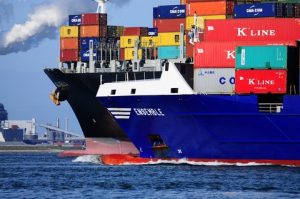 He said that in judging, the panel had in mind the purpose of the competition which was that “entries must have a ‘movement of goods/ships’ theme at their heart.”

The number of entries in each of the four categories was: under 18 year of age, 21; over 18 years of age, 260; members of the Women’s International Shipping & Trading Association, 22; and professional photographers, 69.

The results were announced during the WISTA-UK Liverpool Forum earlier in the summer.

Winner in the Over-18 section was Reha Serindag for his photo entitled Smash which evokes the drama of a ship’s bow ploughing through the ocean. Mr Serindag is a deck officer with the Turkish shipping line Geden.

In the Under-18 group, first prize was taken by Aidan Stephenson, whose subject was A Sunset from the Bridge. Aidan’s prize shot was taken in March at Southampton.

In the professional photographer category, the winner was Danny Cornelissen with his shot entitled Container Race, showing two mighty containerships at close quarters. Danny, whose talents dominated this section, took his winning pictures at Rotterdam/Hook of Holland in August 2012.

Victorious WISTA member was Amandine Ceruti, who composed a surprisingly artistic picture from what some might consider a mundane subject, that of bulk cargo waiting to be loaded in the port of Antwerp. 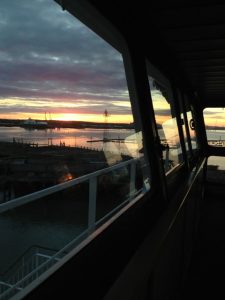 The winning under-18 photographer was awarded a Nexus Tablet ; and the first prize in the over-18s section was a Canon digital camera.

Maria Dixon, president of WISTA-UK, said: “Once again, WISTA-UK has been a trendsetter, and offered a successful project to the maritime sector and beyond. Our Came by Ship campaign has sought to highlight shipping and to appeal to young people, so I would like to thank everyone who has taken part in this aspect of the campaign, with special thanks to Ewen Macdonald for his magnificent support.”

Entries can be viewed at http://www.seavision.org.uk/competitions/camebySHIP

“Functus officio” and section 67 of the Arbitration Act 1996