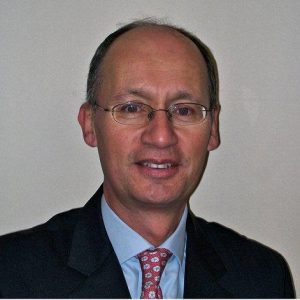 Compliance with sanctions: IUA hears of the challenge for insurers,  By James Brewer

It is costly for businesses and insurers to get things wrong when faced with the growing raft of political and economic sanctions imposed on nations and individuals. “It is also costly to get it right, ” a leading expert on the subject told a London market briefing of the International Underwriting Association.

Richard Tauwhare, founder of the UK company Green Light Exports Consulting, was speaking only hours after the latest tranche of sanctions was announced by the European Union in its efforts to persuade Russia to change its policy towards Ukraine.

He told a meeting of around 100 underwriters and other market practitioners on September 12 2014 that Western businesses needed to make thorough checks of counter-parties to avoid infringements.

Mr Tauwhare warned that the penalties imposed by the US and UK in particular for violating sanctions rules could be heavy, “and the trend is only upwards.” The illegal export of goods could have serious implications for the insurance market.

A former Foreign Office official who headed teams in international negotiations on sanctions, embargoes, counter-proliferation and arms control, and the implementation of such mechanisms, Mr Tauwhare in early 2014 established his independent firm Green Light Exports Consulting to advise UK businesspeople on the trade control issues in various fields of exports.

Mr Tauwhare told the IUA meeting that there were at least 40, 000 named companies and individuals on official blacklists imposing trade and travel bans and freezing of assets.

Executing sanctions is an expensive matter too: the cost to the EU of measures taken before the latest round of sanctions has been estimated at Euros40bn for 2014.

Mr Tauwhare cited a joint article by Prime Minister David Cameron and President Barack Obama in the London Times of September 4 2014. The two leaders said that this was “a time when the world faces many dangerous and evolving challenges. To the east, Russia has ripped up the rulebook with its illegal, self-declared annexation of Crimea and its troops on Ukrainian soil threatening and undermining a sovereign nation state. To the south, there is an arc of instability that spreads from North Africa and the Sahel, to the Middle East.”

They added that to confront this, “we must use all the resources at our disposal – military, economic and political.”

Stressing that marine insurers bore a responsibility to be alert to potential transgressions, Mr Tauwhare said that sanctions regimes concerned “ships and shipments – anything that moves, and goes into the means of transport; infrastructure, and individuals and entities.”

It was important to remember that the question of sanctions was dynamic: the curbs were constantly on the move, “they are calibrated and adjustable.”

There were 15 main United Nations sanctions regimes, including a wide range of actions against Iran and North Korea, and against Al Qaeda and its associates. In all, a total of 25 countries are subject to embargoes and restrictions by the UN, EU and US.

Mr Tauwhare said that Iran had established a dizzying array of front companies, some of them opened and closed within a matter of months, leaving no paper trail. This heightened the need for due diligence by exporters and supply chains that might trade with such companies by mistake. Sanctions by the US and EU on Iran cover a good deal of ground, but probably the key factor in pressing Iran  to come to the negotiating table has been the stranglehold on Iranian oil, particularly by blocking insurance to ship operators.

Property underwriters (hull and machinery) and Protection & Indemnity insurers needed to realise that the definition of an “export” could be very wide, even relating to goods that were not moved permanently.  It would clearly be very costly for a P&I insurer to monitor continuously the location of every vessel it insures; but some of this risk could be mitigated by for example using commercial intelligence to raise an alert if an insured ship is heading for an Iranian port. A dialogue between insurer and operator can then take place to safeguard the interests of the insurers.

Despite a ceasefire in Ukraine,  the EU has extended restrictions to access by Russia to EU capital markets, and targeted oil exploration and production, trade in dual-use goods, the military, and specified individuals.

The squeeze includes access to the capital markets in the 28 EU states by companies including Rosneft, Transneft and Gazprom Neft.

The sale of technology which can have military use is banned, and insurance and reinsurance can no longer be provided for business deemed to be connected with military activity.

Washington has restricted access to US debt and equity for Russia’s largest financial institution, Sberbank.

Mr Tauwhare noted that in this context, the provision of economic services includes the payment of claims or other sums under insurance contracts. He stressed the importance in cases of doubt of securing the names and identities of insureds and reinsureds and details of the ownership and control of entities receiving payment, including third parties such as agents and service providers. Where trade sanctions were involved, the origins of goods and destinations and their intended uses must be verified. For transit and transshipment, some goods required licences.

The necessity of compliance has been underlined by an investigation by Lloyd’s into suspicions that some of its members may have breached international sanctions through insurance and reinsurance contracts.

Mr Tauwhare said there were political limits as to how far economic pressure could be taken: for instance “we won’t go after gas, because it means too much to the needs of European countries.”

France, after months of saying that it would go ahead with the sales of two helicopter-carrying ships to Russia, has just decided against delivering the first of the vessels as planned in October, despite the heavy costs that this could impose on itself.   Russia meanwhile is talking about retaliating against its critics by banning car imports and commercial flights over its territory.

Mr Tauwhare said that although it required much effort to ensure compliance with the terms of sanctions, this should be proportionate, based on an assessment of the level of risk, and professionals in the market observing the guidelines could feel that they were making “a contribution to world peace.”