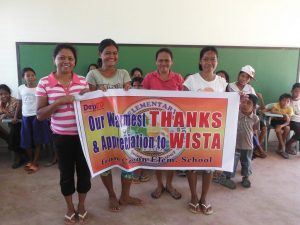 Smiles from scores of children and their teachers tell the story. A project to rebuild their school that was devastated by Typhoon Haiyan has been completed, with the principal backing of WISTA Philippines, and donations from WISTA-UK and many other well-wishers.

The achievement comes just nine months after one of the strongest tropical cyclones on record blasted a large area of the Philippines in which 13m people live, causing thousands of deaths (estimates vary between 2, 500 and 10, 000) and widespread damage to buildings. The typhoon made its destructive landfall in the fishing town of Guiuan, with catastrophic effect. 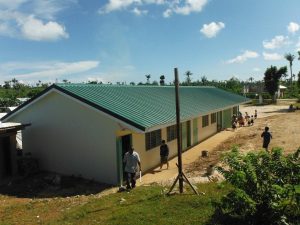 Now the community can again offer organised education to some of its boys and girls.

Celebrations on project ‘turn-over’ day in August included singing and dancing by the children as they marked the success of the Cogon, Guiuan, School Building Project. Local officials said that this was the first post-Haiyan project to be completed in the entire Eastern Visayas region.

The Department of Education declared itself impressed with the quality and construction of the building and the speed of completion of project following the November 2013 disaster. 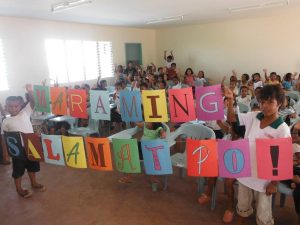 The Philippines chapter of the Women’s Shipping & Trading Association, through its representative, Red Padilla, general manager of Agile Maritime, formally handed over the project to very happy and grateful officials of the community of Cogon, a ward of Guiuan. WISTA ensured the centre was well equipped, with donations of school chairs, teacher’s tables, blackboards, school bags, school materials and books.

A banner read: “This project is inspired by the typhoon-resistant spirit of the people of Cogon, Guiuan… made possible by the transformative leadership of WISTA Philippines, and the support of many kind-hearted men and women from all over the world.” 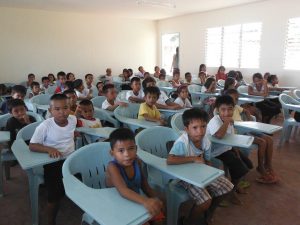 Back to school after typhoon devastation.

The latter included WISTA-UK, which raised funds by means of a raffle during its 40th anniversary gala dinner at the International Maritime Organization headquarters in London in July, and further contributions from members. 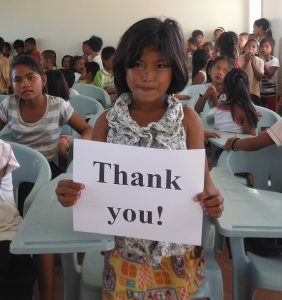 A message from the children. 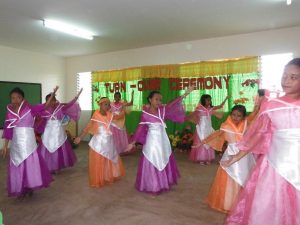