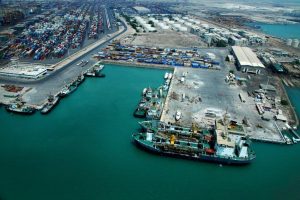 Delegates from many nations and leading maritime organisations are preparing to head for Tehran to attend the 11th International Conference on Coasts, Ports and Marine Structures, which takes place in the Iranian capital from November 24-26 2014.

The conference theme is Coastal Areas, Opportunities & Challenges, and hundreds of participants will further the work of previous gatherings in the series in promoting strategies and engineering knowledge in relation to coasts, ports and marine structures.

ICOPMAS is one of the most important scientific events in Iran and the wider region. It is organised every two years by the Ports and Maritime Organization of Iran in association with various organisations, universities, academics, specialist experts, contractors, and consulting engineers from Iran and elsewhere.

It sees the exchange of views on many of the latest scientific and technical innovations in structural engineering affecting the field of interest.

Along its 5, 800 km coastline bordering the Caspian Sea and the Persian Gulf, Iran has many major ports. They include Bandar Abbas, Bandar Anzali, Bandar Khomeini, Bandar Mahshahr, Bandar Noshahr, Bandar Taheri, Chabahar, Cyrus Terminal, Khorramshahr, Kish Island and Ras Bahrgan – and the country hopes to win back for them much of the shipping trade deflected away from the country by the sanctions of recent years. The potential is enormous.  Iran serves a hinterland within its own borders and neighbouring states of some 500m people.

With an improvement in diplomatic relations evident, the state-backed Ports and Maritime Organization has been negotiating with overseas shipping corporations, with the aim of reactivating their business with the country. 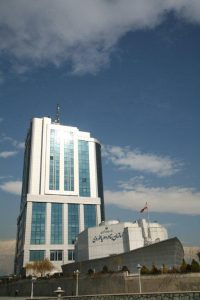 Mohammad Saeid Nejad,  deputy minister of roads and urban development, and managing director of the Ports and Maritime Organization, is chairman of ICOPMAS 2014. He has said that his organisation is paving the way for the return of major shipping lines by preparing the ports and promoting the port operations in terms of quality and quantity. In particular, there have been talks with shipping lines based in Taiwan, India, China and Europe.

An idea of the scope of ICOPMAS can be gained by a glimpse at the topics to be analysed in the 30 or so papers that will be presented at the latest conference.

These will include a feasibility study on short sea shipping in the Caspian Sea; examination of the role of human errors in marine accidents; strategic planning of aids to navigation for Iran; the establishment of a remotely controlled NAVTEX system via microwave radio link: maritime safety and health and environmental effects in the Persian Gulf; modelling and risk assessment of water discharges from offshore gas platforms in the South Pars Gas Field.; and the liability of the master of a vessel in rescue operations.

Other contributions include discussion on the effects of construction of breakwaters in Oman on marine invertebrates; risk assessment in pilotage operations by using fuzzy Failure Mode and Effects Analysis technique; sea transport of dangerous goods and environmental responsibility of marine personnel; safety and security of ports in the Ports and Maritime Organization; battling piracy in the Gulf of Aden; case study of Hormuz island in coastal management and environmental development; codification of security management system for arms use control in offshore areas; safety management improvements in Iranian ports; and the latest technological developments in Vessel Traffic Services.

The 2012 conference ranged in its coverage of  hydrodynamic and marine engineering over aspects of waves and currents, tropical storms and tsunamis, sediment transportation, erosion and morphodynamic changes. In the arena of port and coastal management, there was debate on integrated coastal zone management, crisis management of marine hazards, remote sensing application and new technologies in port management.

Under marine environment and safety, the spotlight was on port and maritime safety and security management, new methods of navigation, hydrography and dredging, pollution and the environmental effects of construction and operation of marine structures, and delicate coastal and marine ecosystems.

Mr Saeid Nejad  last year appointed appointed Mohammad Reza Alahyar, the director general of Coasts and Ports Engineering, as the executive secretary of the 11th ICOPMAS conference. An agreement has been signed between the secretariat and the  International Geoinformatics Research and Development Journal to publish a selection of papers presented to the conference.

Among other benefits, ICOPMAS is seen as opening new horizons for students keen to familiarise themselves with research areas and the latest thinking of marine experts.

Venue for ICOPMAS 2014 is the Olympic hotel, Tehran. The first ICOPMAS conference was in 1990 at Tehran University under the title The International Conference on Port Building and Marine Structures.

Further details are at http://icopmas.pmo.ir/en/