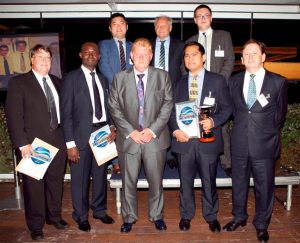 Inchcape Shipping Services (ISS), the world’s leading maritime services provider, has this month celebrated the 25thanniversary of its operations in Greece by hosting its annual senior management conference in Athens, close to the company’s Greek head office in the Port of Piraeus.

The packed three day agenda featured a number of highlights including the announcement of the ISS Employee of the Year 2014, presented by ISS’ Chairman of the Board of Directors, Mr John Coghlan, to Richard Reyes of ISS GMT, Manila. Richard was congratulated for his outstanding and tireless support to ISS GMT’s customers during the Super Typhoon Haiyan in November 2013, which ensured that all of their emergency travel needs were met in full.

The finale of the event was the hosting of a reception by Group CEO Claus Hyldager at the Astir Palace Hotel for over 400 customers, local stakeholders and dignitaries, and ISS’ international and local staff. 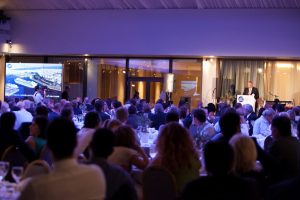 Mr Hyldager said: “We are honoured to welcome shipowners, charterers, traders and operators from all sectors of the maritime industry, as well as distinguished representatives from the Greek Government, Port of Piraeus and the United Kingdom and USA Embassies to join ISS as our guests at this special event in ISS’ history.

The Greek shipping industry is hugely important to ISS. We have become a firmly established element of the local maritime community here, having been honoured with an award of recognition from Μr Yiorgos Anomeritis President of the Port of Piraeus, for ISS’ contribution to the cruise sector only a few weeks ago. That we have been able to coordinate our annual senior management meeting with the celebration of this milestone has been extremely rewarding.”

Founded to support mainly the liner and cruise sectors, ISS Greece has over the years expanded its service offerings through its willingness to experiment and innovate. It is now the leading maritime services provider in the Eastern Mediterranean region, with volumes which continue to grow year on year and it is now one of the healthiest and most stable companies in Greece.

Inchcape Shipping Services is the world’s leading maritime services provider. With some 300 proprietary offices in 66 countries, and a workforce of over 3, 900, the company’s diverse global customer base now includes owners and charterers in the oil, cruise, container and bulk commodity sectors as well as naval, government and inter-governmental organisations.