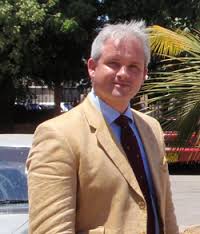 23rd September 2014  – The Human Rights at Sea (HRAS) international initiative is pleased to announce that as of 16 September 2014, its business will be conducted from its new international head office, based in London, which has been established at 9 Bedford Row, London, WC1R 4AZ.

The expansion of the HRAS international initiative is supported in its work by civil society organisations, seafarer pastoral entities, maritime associations, commercial companies, international legal firms, individuals and academia. This has allowed for a rapid growth and expansion of the HRAS online platform since its launch in April 2014. Last month, the HRAS platform and news feed were followed by 74 countries and HRAS is now represented in 13 states by correspondents.

HRAS Founder, David Hammond said “Acknowledging that HRAS is a new international not-for-profit organisation explicitly promoting protection of, respect for and support for investigation of human rights violations in the maritime environment, I am delighted that so much has been achieved in such a short space of time. The opening of our first London-based office heralds the start of our formal evolution into a credible maritime human rights organisation which will deliver on its aim and objectives over the next decade.”

The HRAS initiative is now supported by over 36 international entities and is currently running two international investigations into the murder of seafarers on the high seas.

Risk warning over ships that transit the Arctic…

Volunteers clear beaches of marine litter left behind by others