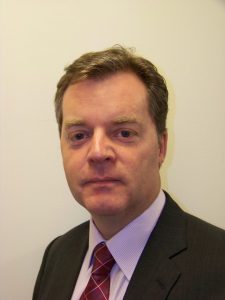 Governments face huge challenge in clamping down on clandestine shipment of hazardous goods by sea,  By James Brewer in Hong Kong

Attempts to clamp down harder on shippers contravening the rules governing the transport of hazardous goods by sea could backfire, a safety expert has warned.

John Wilson, director of technical services Asia for the American P&I Club, said that reinforcing the rules constituted a difficult balancing act. “Will it just result in more cargo shippers taking the easy route and not declaring [dangerous cargo]?” he asked.

In a presentation to the 2014 annual conference of the International Union of Marine Insurance, Mr Wilson said it would be hard to curb the actions of shippers who sought to avoid carriage restructions and the higher freight rates demanded for listed goods.

Hong Kong-based Mr Wilson said that authorities needed to look at increasing penalties, for example by revoking licenses or blacklisting companies. He said:“The legislation, and the government resources to reinforce it, is lagging behind the growth of the container ship industry.”

This might make offenders more devious, though, he cautioned. “It seems that there is no easy fix.”

Mr Wilson urged national authorities to step up monitoring of training, including internet training courses. He said that one site on the internet provided a course “that could be completed in one hour, and you can print out your cerficate.”

The American Club official said that the International Maritime Dangerous Goods Code had been mandatory for 10 years.  It comprised two volumes, each an inch thick, and a supplement to each of the volumes. “The sheer size of the code, and the need to be familiar with it, could be a deterrent to it being used, ” he said. It was available in the English, French and spanish languages and the queston sould be asked whether there should be translations in other languages.

On voyages from the Far East to northern Europe or the Mediterranean Sea, typically 2.5% of the containers would contain dangerous goods.  “Does not sound much, does it? But how many containers is that, that is the key. On an 18, 000 teu ship, that would be 450, and on a 6, 000 teu ship it would be 150.  The bigger question is, how man ave been misdeclared?”

Mr Wilson stressed that many containers were loaded inland, often thousands of miles from the quayside.  Even empty containers might contain residues from previous dangerous goods cargoes. Shippers gave their own descriptions to cargo which were not the proper shipping name.

Most shipments arrived in good order, without incident.  “How much does it mean the carrier was lucky and that undeclared or misdeclared goods did not cause a problem during the voyage?” asked the American Club man.