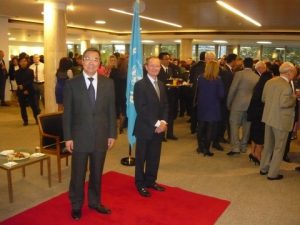 The World Maritime Day*,  for which we have extensively reported in other sectors of this medium, due to the fact that many maritime bodies and organisations, as well as associations celebrate same for their members, is always “accompanied” by a reception that takes place at the International Maritime Organisation’s Head Quarters at Albert Embankment on the Father Thames, opposite,  more or less, from the Houses of Parliament.

The Secretary General of the IMO Koji Sekimizu hosted the annual  reception at the Organisation’s mezzanine floor in the presence of IMO’s National Delegations, The Diplomatic Corps, Members of the Parliament, Naval Officers and Maritime Attaches,  Coast Guard Officers, Flag Sate Control representatives. 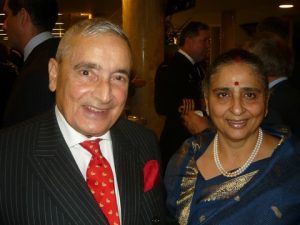 Heads of Organisations, Shipping and Transport Ministers from around the world who come to the United Kingdom to honour the event where also present,  Members of Maritime Institutes and Institutions, Labour Organisations and Unions, members of the international shipping community – shipowners, shipmanagers, seafarers, Classifications Societies executives, Marine Insurers and Underwriters, P and I Club Association Executives, WISTA members, Port Authorities  executives, many legal profession specialists …and of course journalists and the media. Many from the Organisation’s personnel where present too. London is the Administrative Capital of Shipping! 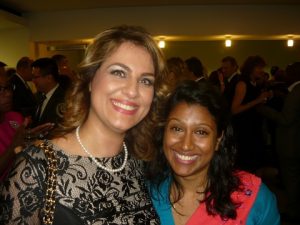 Given the nice weather nearly 600 guests attended, a very cordial event to honour one of the most important anniversaries which has to do with the clean and proper well being environment-wise of the World’s Oceans, Safety and Security to all intents and purposes and above all the Seafarer!

Every year we all renew our presence there given that this September’s event coincides with the beginning of the business shipping year and believe it or not is an event that you meet people you deal with and sometimes you have never ever met them;  happened to me many time – on this last occasion met Jane Bugler the technical director of the International Marine Contractors Association’s (IMCA) and her husband Jeffrey Hart from the Department of Transports Dangerous Goods Division! 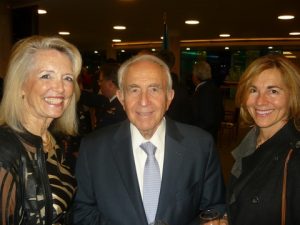 Who wasn’t there is the big question; former Secretary-General Bill O’ Neil and his wife Olga, The Greek Ambassador Konstantinos Bikas, the Cypriot Ambassador Euripides Euriviades, members of the Greek Shipping Co-operation Committee (GSCC), with the Polemis’, Stathes Kulukundis, Andreas A. Tsavliris and others;  the CEO of INTERTANKO Katharina Stanzel and her husband, the Mehrotra’s, the ever present octagenarian Inge Mitchell, IMO’s Loukas Kontoyannis, Captain  P. Mukundan, head of the IMB, John Murray head of the Society of Maritime Industries, Clay Maitland and Carleen Lyden-Kluss from NAMEPA and many many others. 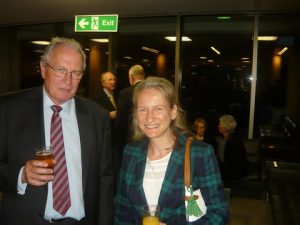 Plenty of good food – mainly specialities of deeps from all over the world to honour the many delegations there, was served with plentiful of good wine and refreshments!

See you all next year and sincerely hope that we all need to work towards this Year’s theme: “IMO conventions: effective implementation”,  an interesting and challenging issue/theme. 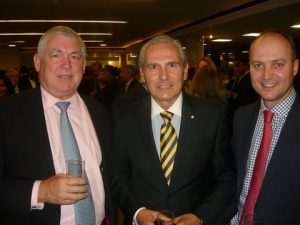 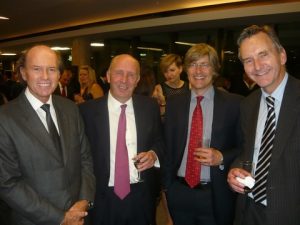 Andeas A. Tsavliris, IUMI’s Nicholas Gooding, James Herbert and Charles Hume from the SHIPOWNERS P and I Club.