Today, the social partners are pleased to announce that they have reached an Agreement on the issue of the exclusion of seafarers, in the form of a package deal covering all Directives, thanks to a constructive dialogue which helped bridge their differences. Although not binding, the ETF-ECSA initiative may be hailed as a very positive outcome, which demonstrates the need for an active and constructive social dialogue at European level.

Although EU labour law generally applies to all workers in all sectors, until now certain Directives allowed Member States to exempt seafarers on the basis of the particular nature of maritime transport. This could open the way to a potential differentiation of treatment of seafarers compared to their land-based counterparts. In November last year, the Commission issued a legislative proposal, amending the relevant EU Directives, i.e. Insolvency, European Works Councils, Information and Consultation, Collective Redundancies and Transfer of Undertakings.

The Commission proposal spurred a strong reaction from all parts, either in favour or against, but generally upon examination of its practical application it became clear that the text created much confusion and did not solve some of the core concerns of the social partners. Conscious of the need to take the heat off the debate which turned out to be more emotional than expected, both ETF and ECSA decided to move forward with negotiations within the framework of their Sectoral Social Dialogue Committee in Maritime Transport, to explore common ground in a spirit of cooperation and goodwill. 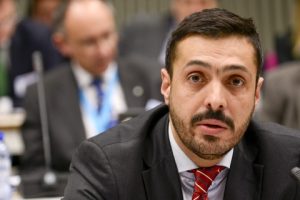 Christophe Tytgat, ECSA Senior Director commented: ‘ETF and ECSA both met each other halfway. Our agreement offers a satisfactory solution on a sensitive issue, it is a delicate balance between the interests of our respective organisations but it represents the best compromise that could be achieved’.

Whilst taking into account specific features of the maritime transport sector, this Agreement aims to close some loopholes and ensure that seafarers are treated on an equal footing with land-based workers. It is therefore the social partners’ hope that such an Agreement will help promote employment, improved living and working conditions, proper social protection and enhanced dialogue between management and labour.

‘This initiative will have a positive impact for seafarers in the full enjoyment of their right to information and consultation within the undertaking and their right to fair and just working conditions. Furthermore, it has to be interpreted as a way to facilitate European Parliament’s and Council’s work towards a swift and smooth completion of the legislative process’ said Philippe Alfonso, ETF Political Secretary for Maritime Transport.

The social partners are indeed now committed to cooperate as closely as possible with the co-legislators to guarantee a rapid adoption of the revised rules.