International Conference “Impact of Shipping on Air in Europe” 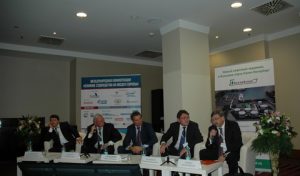 October 1, 2014 –  St. Petersburg, Russia – New environmental requirements for the shipping sector should be based on economic feasibility. International Maritime Organization (IMO) can not be a platform for lobbying technologies by manufacturers from various countries at the cost of reducing the profitability of the global shipping business. This was the conclusion the participants of the international conference “Impact of Shipping on Air in Europe” came to.

Protection of the environment has long been a key focus of attention of the world community. This is true for the shipping industry which accounts for about 90% of foreign trade cargo delivery.

The Marine Environment Protection Committee (MEPC) of the International Maritime Organization (IMO) on October 13 2014 will meet for its 68th session in London.

On October 1, 2014, in the run-up to the MEPC session more than 100 participants of the conference “Impact of Shipping on Air in Europe” were discussing in St. Petersburg consequences of the introduction of new environmental requirements for the merchant fleet in the Baltic and North Seas.

It is believed that the consequences of decisions, in particular, to limit the sulfur content in bunker fuels, were not properly calculated. Measures that are being carried out today or to be implemented have gone beyond purely technical measures, the conference participants said. As a result, ship owners will be charged with an additional financial burden, which is justified neither in terms of real environmental threats, nor in terms of the availability of technological solutions.

The new stringent requirements for sulphur oxide (SOx) emissions from ships come into force as of January 1, 2015 in two ECAs, the Baltic Sea and the North Sea, where the sulfur cap in bunker fuel should be reduced to 0.1%. 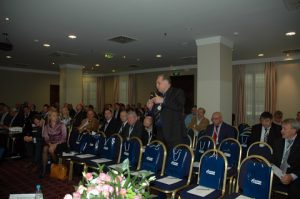 Shipowners operating in SECAs will have either to buy more expensive fuel, or to use costly technological solutions on their ships. This wil entail freight rates surge, which would increase the cost of shipping goods in SECAs and the shifting of some cargo flows to overland transport.

A number of maritime nations acknowledge the high probability of negative consequences for the shipping industry of new environmental regulations, but at the same time they keep on putting forward more and more requirements.

There are diametrically opposed opinions on the availability and accessibility of technologies for implementing the requirements of NOx emission reduction from ships. In fact, the participants of the conference said, the industry will have to make a huge leap in the development of diesel-fueled engines. However, the current engine production is a very conservative industry and any new technical solution is adopted taking into account many factors, passes many phases after extensive research.

New types of engines, new designs, new successful solutions appear one to two times a decade, so the industry is simply not able to quickly adjust to the new requirements for shipping sector. Shipbuilders insist that the technological development should be implemented within a normal course, when engine manufacturers have the opportunity to develop on the basis of competition in compliance with the economic interests of all participants of the process.

But is the problem of air pollution so acute that there is a need to rush introducing new redundant environmental regulations neglecting economic interests?

With the introduction NOx cap for marine diesel fueled engines, the upcoming material costs are not comparable with negligible effects on the environment. The proposed technology SCR-NH3 has significant drawbacks, its utilization on vessels involve various risks and does not provide the stated operational efficiency. Thus, the participants of the conference stated that it would be better to postpone the designating of the Baltic Sea as NECA area until the production of safe alternative emission reduction technologies are available as well as the infrastructure supporting the development of these technologies.

The conference delegates shared the view that the designation of the Baltic Sea as the NOx emission control area is advisable to be implemented not earlier than 2020, and subject to the availability and accessibility of appropriate technologies. In addition the process of designating the new ECA in the Baltic Sea should be carried out simultaneously for the North Sea. Otherwise there will be a shift of cargo volume flows in the region.

Director of Russia’s Transport Ministry’s Department of State Policy for Marine and River Transport Konstantin Palnikov delivered his speech at the conference.

Among the key speakers at the conference were the following:

Lev Novikov, TSNIDI-Ecoservice LLC, Chief Editor of the Scientific & Technical Journal “Engines Manufacturing” – “The impact of shipping on air pollution in the Gulf of Finland.”

Igor Maynitsky, Director of Gazprpom Export LLC – “The main aspects of the transition to LNG as bunker fuel in the Baltic Sea Region”

Alexander Ivanchenko, head of Department of propulsion systems, equipment and technologies, Admiral Makarov State University of Sea and River Fleet (GUMRF) – “The current research and experience in the prevention of air pollution while operating vessels”;

A. Lutskevich, a leading engineer of the Department of system integration management in the field of civil shipbuilding, the Krylov State Research Centre – “Features of bunkering of LNG-fueled ships. The concept of an LNG bunkering vessel for the Baltic.”

Nikolai Katagarov, Senior Expert of the Mechanical Equipment and Systems Department of the Russian Maritime Register of Shipping – “Features of technical supervision and inspection of vessels after January 1, 2015. Implementation of international regulations on SOx emissions reduction related to the use of bunker fuels on ships.”

The conference was held under the auspices of the Russian Federation Ministry of Transport and the National Chamber of Shipping.

Scrubbers: Shipowners urge for clarity and…