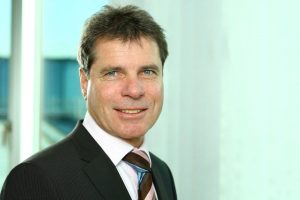 Dieter Berg, a senior figure at Munich Re which is said to be the world’s largest marine reinsurer, has assumed the presidency of the International Union of Marine Insurance at a time of substantial industry challenges.

He was unanimously backed for the post by delegates to the 2014 conference of IUMI, in Hong Kong in September, and immediately set out a programme embodying the aspirations of the executive committee.

A priority for Mr Berg is to increase the influence of IUMI on political decision makers, non-governmental organisations, and regulatory authorities. “The work of our Political Forum [headed by Scandinavian insurers’ association chief executive Helle Hammer] is an excellent example of how we can extend and increase our influence, ” he said.

He is determined “to foster the standing of marine insurance in our own companies.” He said that despite making up a small percentage of non-life premiums, marine is “the most international line of business, and we are of strategic importance to global trade.”

He asserted that with its global network, there was no other line of insurance business having such a great platform as IUMI. 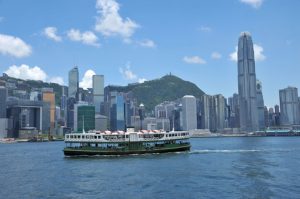 Mr Berg said that the Costa Concordia casualty, with a combined insurance bill of nearly $2bn, had been the biggest single loss ever. This was followed in the same year, 2012, by Superstorm Sandy, producing the biggest catastrophe loss. Despite the scale of these disasters, they did not have a sustaining influence to counter the ongoing soft insurance market.

New investors were putting reinsurance capital into the offshore energy market, and the question was whether marine would be the next playground for them.

“IUMI might not have an answer to all these topics, but we play a role as the most important market organisation.”

He said: “IUMI depends on the enthusiasm and passion of insurance professionals believing in the quality of work done in our organisation.”

After working in law firms in the US and Germany, he joined Bavarian Reinsurance as a claims lawyer for Europe and the US. He spent 10 years in leading positions there, and left to pursue his career at Munich Re from 2001.

He was head of corporate underwriting/global clients – marine until 2008, when he became senior executive manager for global clients/North America – marine, offshore energy and P&I. He headed Munich Re’s “Piracy Project” which closely monitored developments especially at the peak of Somali thieves’ action against merchant shipping.

Long before the situation off the east coast of Africa escalated, Munich Re had drawn attention to piracy, bringing out its first publication on the subject in 2006. Mr Berg and his colleagues discussed possible loss scenarios and insurance solutions with clients, provided information on the latest risk situations and available countermeasures. Beyond this, Munich Re has engaged in lobbying to mobilise social and political forces against piracy.

Munich Re issued three brochures on the piracy threat. In the third, published in September 2012 and entitledPiracy – the violence at sea escalates, with others he wrote: “Even if it is true that armed force is necessary at this time to protect crews and ships, Munich Re is appealing to the community of nations to establish an efficient system of enforcing laws and convicting criminals. These efforts must be accompanied by the promotion of social reforms in the country.”

Other specialist articles by him have included a 2003 thesis on “Dirty bomb attacks on container terminals.”

Mr Berg is on various committees of the German Insurance Association GDV. He attended his first IUMI conference in Lisbon in 1998 and has been one of the body’s most loyal supporters, becoming a member of the executive committee in 2011.

Mr Berg thanked  the 2010-2014 IUMI president Ole Wikborg, who has been made an honorary member of IUMI, for his outstanding work and commitment “and I am convinced that IUMI [during his tenure] made great strides in the right direction.”