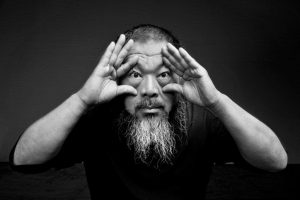 Royal Academy is set to host a big show by Chinese artist and activist Ai Weiwei,  By James Brewer

Provocative contemporary artist Ai Weiwei has been deprived of his passport for three years since being accused by the Chinese authorities of various crimes, but his works are travelling the world.  In what will be seen as his latest triumph, he is collaborating with the Royal Academy of Arts in London in preparing his first major show at a UK institution, from September 19 to December 13 2015.

Although he cannot travel, he will construct installations to be transported to the UK and consult with curators and organisers via videolink and other electronic means.  He is an honorary Royal Academician, and in 2010 before the travel ban, he set foot in the Burlington House courtyard, although not the building itself. That year he was at the Tate Modern for his porcelainSunflower Seeds installation.

His presence is currently being felt in the UK in a more modest way at smaller exhibitions in the Yorkshire Sculpture Park and at Blenheim Palace.

An artist, architect, designer, activist and social critic – “for me I think they are all as one, they are different aspects of our aesthetics, ” he says. In a recorded interview with the Academy’s director of artistic programmes, Tim Marlow, who visited him in his Beijing studio in September, Ai Weiwei observes: “Very often, my work cannot be shown in China.  I have never really had a show here, ” but with internet and international reaction to what is shown abroad, “it feeds back here.” 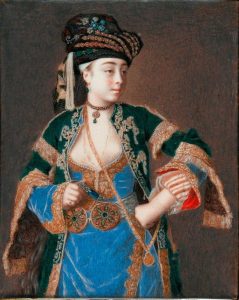 Mr Marlow said: “One of the great things about Ai Weiwei is that he is this multi-faceted individual.” Despite his fame, his art is not as widely seen as one might think, said the Royal Academy official.

The Academy hopes he will be allowed to go to the UK for his exhibition – the artist wants to make his own application for permission to travel – but if he is forbidden, he will link to the event via satellite communication and so on.  Asked in the recorded tape if there is any way he will be able to go to London he replies, “Yes, I am always positive about travel. Maybe after this interview, they will give me back my passport…”

Meanwhile, said Mr Marlow, “we are working with Ai Weiwei in his studio by phone and virtually.” With his background as an architect, the artist has a good sense of what will suit the dimensions of the Burlington House rooms.

The Academy sees the Ai Weiwei show as being in the tradition of giving substantial space to other great living Academicians, the latest being Anselm Kiefer, following in earlier years David Hockney and Anish Kapoor.

Ai has strongly criticised the Chinese government over its attitude to democracy and human rights. He was detained for 81 days in 2011, and charged that his company evaded tax, has been fined and subjected to a form of house arrest.

Exactly what will go into the London show is still being discussed but there will be some of his earlier output and possibly three big installations, “A statement from the gallery said: “The idea of creative freedom, especially the increasingly political aspect of much of his work, will be a prominent feature and underpin much of the exhibition.”

Some of his previous work which is held outside China could be called upon if permission is refused for the transport of new work assembled in his studio. 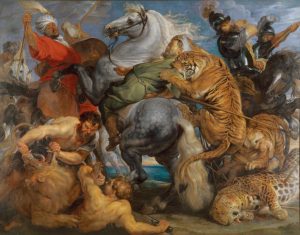 The Royal Academy unveiled the plan for the show as it gave further details of its 2015 programme. The undoubted blockbuster has already been announced, an exhibition entitled Rubens and his Legacy: Van Dyck to Cézanne which will bring together from January 24 to April 10 a total of 166 masterpieces by the Flemish genius and artists who were inspired by him during his lifetime and later, including Van Dyck, Watteau, Turner, Delacroix, Manet, Cézanne, Renoir, Klimt and Picasso.

One of the most intriguing shows will be an overview of the Geneva artist Jean-Etienne Liotard, one of the most talented portraitists of his day. The idiosyncratic Liotard (1702-1789) was a master of pastel on vellum, and four years in Constantinople provided him with his own ‘brand’ – Turkish garb and a luxuriant beard which he wore for most of his life – and subject matter that contributed to the fashion for Orientalism.

One of his most stunning works is of Laura Tarsi, described as ‘a Grecian lady’, from the late 1740s in watercolour and bodycolour on ivory. This was “accepted by Her Majesty’s Government in lieu of inheritance tax, from the estate of the 10th Duke of Rutland, and allocated to the Fitzwilliam Museum in 2006.” The Cambridge museum says: “Little is known about the sitter in this exquisite miniature beyond her name and nationality.”

Liotard painted portraits of among others the actor David Garrick and Garrick’s wife, and of the young Archduchess of Austria Marie-Antoinette, future doomed Queen of France.  He was comfortable in other genres, and  there is for instance a still life of a bingo game.

Apart from his time in Turkey, the exhibition will cover his sojourns in London in 1753 and in 1773, when he exhibited works at the Royal Academy; his engagement with the royal courts of Europe; and his life in Geneva, where he settled in 1757. In addition to the pastel pieces, there will be oil paintings, drawings, and miniatures. Many will come from the largest holding of his works, at Le Musée d’art et d’histoire in Geneva, and from the Rijksmuseum, Amsterdam. This exhibition, in the Sackler Wing, from October 24 2015 until January 31 2016, is being organised by the Royal Academy and the National Galleries of Scotland.