Danish Maritime Days – A Maritime Davos to provide direction in a time of change? 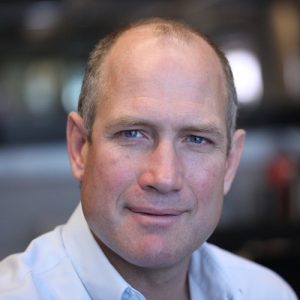 Denmark put on a good show, carving out a new direction for a series of shipping events in an ever busy calendar of gatherings, with a week of meetings, events and networking centred around a Forum to which some 200 leading names in shipping were invited to share their thoughts and come up with a plan. Nick Brown writes:

Lloyd’s Register’s Maritime Forum – The Future of Shipping event was an all-day event on Tuesday 7th October focused on the technology opportunities, challenges and realities in shipping. A particular standout for me, among some excellent presentations, was UECC’s Peter Andersson describing his company’s development of LNG fuelled car carriers. UECC has contracted two PCTCs for construction at NACKS Shipyard in Nantong for delivery in 2016, based on a dual-fuel propulsion concept and for operation in the Baltic Area. Peter described the challenges involved in the decision to go for LNG as fuel.

Overlapping with our event on the Tuesday was A.P.Moller-Maersk’s symposium on the future of global trade. There was a good turnout for the afternoon’s presentations given by four leading economists/world trade gurus and moderated by the Financial Times’ Gideon Rachman who, in opening, questioned whether the world might be approaching a tipping point where the political consensus that underwrites globalisation could crumble. With talk of middle income growth traps, negative outlooks for Brazil and Turkey and question marks over China’s stability (“if you think China’s going to be stable for the next 50 years, then you’re a fool”) for me there were two main takeaways with implications for global shipping from the event:

1.Renaissance of USA as a trading power based on increased productivity, cheap(er) energy and favourable exchange rates

2.The importance of the ‘regionalisation’ of global trade with the development of new low cost centres of production (such as the USA)

The latter point about regionalisation was very much borne out by the scenarios in LR’s Global marine Trends 2030 report, find out more at www.lr.org/gmt2030 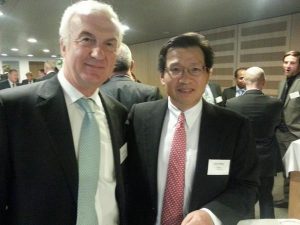 Overall, there were around 50 events during the week, including highly practical sessions such as an INTERTANKO European panel – hosted by TORM.

But DMD’s main event was the invitation only Danish Maritime Forum.

With an impressive secretariat behind the scenes and leading the days, the plenaries, work-shopping and in sessions with terms like ‘fire-side chats’, the Forum’s participants worked on answers to the questions posed by the likely demand for transporting 20 billion tons of cargo annually – a doubling from current volumes – by 2030.

It will now be interesting to see what comes out of the week.

Lloyd’s Register’s Tom Boardley took part in one of the key workshop streams – leveraging technologies and innovation (see graphic below) and click here to see the full round up of the six challenges addressed by the participants.

At the end of the event, the organisers said: “After two days of hard work; fruitful conversations; and exchanging of ideas, more than 200 of the most influential stakeholders in the global maritime industry have delivered answers to the immediate challenges approaching 2030 – the doubling in world trade being the most important of them all. A catalogue of ideas is already starting to take shape, and within the coming year the maritime industry will be able to point to that and use it to create real change in the business; all thanks to the participants of the Danish Maritime Forum.

Anne Steffensen, Chairman of the organisers of the Forum said: “With senior representation from governments, businesses and other stakeholders, the Forum has broken down the traditional silo that many industries are faced with and thus have established a unique opportunity for stronger co-operation between key maritime stakeholders that lead to real action.”

The next Danish Maritime Days will take place on 5-9 October 2015; the Danish Maritime Forum will open its doors on 7-8 October and it has been decided to extend it with a Youth Forum.

Overall, congratulations to the organisers and backers for their vision, because this week really was, probably, something new.