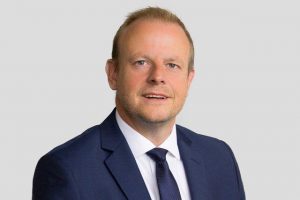 Concerns over accumulation of risk in large-scale marine and energy projects, and about the amount of capital entering the reinsurance market, were a focus for many delegates to the 2014 conference of the International Union of Marine Insurance.

Presentations to the conference, at the Intercontinental Hotel on Hong Kong’s waterfront, underlined the record-breaking size and scope of construction taking place in yards in China, South Korea and elsewhere.

Representatives of Bermuda-headquartered PartnerRe, one of the world’s top reinsurance enterprises, said after the offshore energy conference workshop that the reinsurance market could cope with demands for cover, but insisted on the importance of “understanding the complexity of the risk and managing line size.”

PartnerRe, which as of December 2013 had total capital of $7.5bn, is ranked 10th in the Top 50 Global Reinsurance Groups as calculated by ratings agency AM Best, based on unaffiliated gross premium written in 2013. 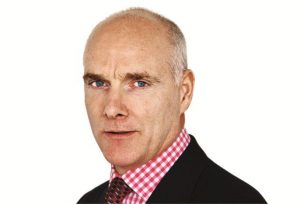 Mr Houston and Mr Stapleton said that the conference was very well organised, with very informative sessions, “as always.” They appreciated the general message that came over about future risks, and about a better understanding of the underwriting/accumulation risk associated with these with the help of risk modelling tools.

The PartnerRe executives noted the emergence over the past two years of the new breed of reinsurers sponsored by hedge funds and other third party capital – something about which AM Best said in its September 2014 Global Reinsurance Segment Review: “Capital is currently attracted to the reinsurance industry despite the fact that the fundamentals are trending in the wrong direction.” The agency said that “the ultimate winner over the near term will be the insurance buyer.”

Mr Houston and Mr Stapleton said that the length of tail of the risk is going to be an issue for the new capital – which is normally provided by non-traditional reinsurers and funds which have a quicker exit strategy. This could potentially be a barrier to entry to the offshore energy sector where the physical damage and liabilities are combined in a single policy and exposed to both risk and natural catastrophe loss. The liability aspect is longer tail, so those deploying new capital will depend on capital providers’ willingness to keep their investment locked in to cover this and the claims associated with it.

In offshore energy, with a historically low level of claims in the past couple of years, the results have been very good, which means there is more interest in that line from newcomers to provide capacity. A huge amount of capacity has entered the market, but expertise is needed in relation to the developing deepwater technologies which add to risk.

PartnerRe was one of the earliest reinsurance groups to understand the importance of the Far East market: the company ‘s offices include one in Hong Kong, and one in Singapore, giving it close access to Asia/Pacific business. Its representative in Hong Kong has been in the city for 24 years, 15 of them with PartnerRe. “The traditional reinsurance market has been here a long time, and we are part of that, ” said Mr Houston.

PartnerRe was formed as a catastrophe mono-line company in 1993, a period when the market was short of capital in the aftermath of Hurricane Andrew. It has grown to become a global reinsurer writing 16 lines of business in more than 150 countries. In 2013 it recorded an 18% increase over the previous year in gross written premiums, and according to president and chief executive Costas Miranthis, “much of the increase was in lines of business that do not contribute to the company’s peak risks.”

Mr Miranthis said in the company’s 2013 annual report: “Our industry is also attracting the attention of competing capital sources ranging from pension funds to hedge funds. While the motivation of these new capital sources differ, this ‘new capital’ has one characteristic in common: it seeks to participate in our industry using non-traditional structures.”

He said that while reinsurance growth for traditional products in developed markets was sluggish, Asia and Latin America showed healthy growth. “These high growth markets need more reinsurance coverage but present different challenges and require a different approach to client relationships over time.”

PartnerRe was a prominent sponsor of the IUMI conference. It has followed this up by joining the sponsors’ list for the 20th Indonesia Rendezvous 2014 at Nusa Dua, Bali, from October 15–18, and the East Asian Insurance Congress in Taipei, November 2-6.

World turmoil and the Dry markets still under the 1, 000 points…