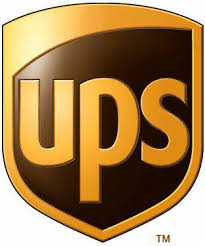 LOUISVILLE, KENTUCKY, October 23, 2014 – “Will United Parcel Service deliver this Christmas? That’s the question that manufactures, shippers, retailers and consumers have been asking. While we can’t speak to all aspects of UPS’s operations we can say that despite UPS not finalizing our contract we remain committed to delivering this Christmas season, ” said Independent Pilot Association spokesperson Brian Gaudet.

Gaudet went on to say, “UPS has done a lot to avoid a repeat of last year’s holiday delivery troubles: it developed and funded a $175 million Peak Plan; finalized its labor contract with the Teamsters; increased its seasonal hires by seventy-three percent. But UPS didn’t do everything it needed to; UPS neglected its air operations by not finalizing the contract with its pilots. We are now in our fourth-year of contract talks with UPS. In spite of this drawn out negotiation, the IPA remains committed to delivering this holiday season. But we encourage UPS, for the benefit of its customers, to close out this critical unfinished business.”

To help make this point the IPA has taken out full-page ads in the Asian, European and Eastern U.S. editions of the October 24 issue of the Wall Street Journal, which can be seen at www.ipapilot.org