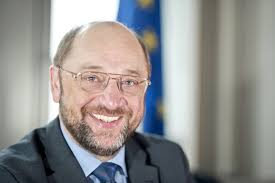 Commenting on European Shipping Week, Mr Schultz said: “The aim of the initiative, namely to bring together the leading members of the shipping industry of the EU and give them an opportunity to meet, debate and share experiences is welcomed by the European Parliament. Inviting the members of the EU policymaking bodies and presenting to them the practical side of the shipping industry can only lead to a better mutual understanding and contribute to the promotion and competitiveness of European maritime transport”

Mr Schultz has been invited as a keynote speaker at the European Shipping Week’s opening ceremony, which will take place on Tuesday 3 March, 2015 in the European Parliament.

News of the European Parliament’s patronage follows recent similar comments by the outgoing European Transport Commissioner and Vice President of the European Commission Siim Kallas who voiced his strong support for the launch of European Shipping Week, claiming it will help to raise the profile of shipping in Brussels “and allow for a good interaction between its multiple players and decision makers”.

In a letter to Patrick Verhoeven, Secretary General of the European Community Shipowners’ Associations (ECSA), Commissioner Kallas said there was no doubt that Europe needed a high quality shipping sector “that can compete around the world.” Maritime transport is a cornerstone of European industry, he said, playing an essential role in Europe’s economy.

European Shipping Week will be held in Brussels during the week of March 2‐6, 2015 when shipping industry leaders from Europe and around the world will descend on Brussels to meet and network with top legislators from the European Commission, European Parliament and the Council of Ministers.

The week‐long series of high level events will bring together the major players in the shipping industry with the primary aim of promoting the strengths and significance of European and global shipping to these important regulatory bodies in Brussels.

More information about the European Shipping Week is available at https://www.europeanshippingweek.com/