ICHCA to host seminar on container lashing and securing 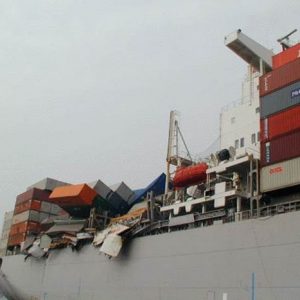 One-day ICHCA event will explore what can be done to improve the safety and productivity of container lashing and securing, both at sea and at the ship-to-shore interface

London, 27.10.14 – ICHCA International, the NGO association for the global cargo handling industry will hold a one-day seminar on “Container Lashing and Securing” in Rotterdam on 10 December. The event will explore what the industry as a whole can do to reduce the risks and inefficiencies associated with current container lashing and securing practices, both at sea and the ship-to-shore interface.

Despite the introduction of advanced vessel and cargo handling technology, the job of container lashing and securing remains a largely manual and hazardous operation. Recent vessel casualties have also drawn attention to the forces faced by large ships at sea, and the problem of containers damaged or lost overboard when lashings fail, as outlined in the 2009 Lashing@Sea report from MARIN (the Maritime Research Institute Netherlands), which pinpoints failing twistlocks and deck fittings, along with poor stowage and inaccurate container weights, as major causes for concern.

Alongside the speeches, breakout work-groups will also provide a chance to discuss, among other topics, forthcoming amendments to the IMO’s Code for Safe Practice for Cargo Storage and Securing. The seminar will also provide an opportunity to visit a vessel for a live study tour in ECT’s Delta facility, the world’s first automated container terminal.

“Improving the safety of container lashing and securing is a truly cross party issue that all members of the industry have a stake in” says ICHCA International Chairman David Bendall. “This seminar is thus an important chance to bring all interested parties together to foster better understanding of how the whole chain can work together to reduce the damage, loss, injuries and deaths associated with this issue.”