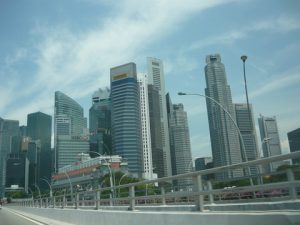 With more than 80% of the exhibition space booked more than six months ahead of the show,  the tenth edition of IMDEX Asia is set to deliver an outstanding show

SINGAPORE,  28 October 2014 – The International Maritime Defence Exhibition and Conference (IMDEX Asia) will return for its tenth edition from 19 to 21 May 2015 at the Changi Exhibition Centre in Singapore. Organised by Experia Events with the support of the Republic of Singapore Navy and the Defence Science and Technology Agency (DSTA), the biennial event is Asia Pacific’s premier international maritime defence show.

The 2015 edition has received a strong vote of confidence through early sign-ups with more than 80 per cent of the exhibition space already booked, reflecting the show’s importance as a must-attend event in the international naval and maritime security calendar. Returning major players such as Damen, Elbit, General Dynamics Canada, Israel Aerospace Industries, Lüerssen, MTU, Rafael, Saab, ST Marine, ThyssenKrupp Marine Systems have already signed up to exhibit at IMDEX Asia. The show will also see the introduction of first-time exhibitors such as Ametek, Microflown Maritime, Strategic Marine, and Stone Marine.

The strong turnout for IMDEX Asia 2015 also reflects the growing naval market in the Asia Pacific region, which has surpassed Europe as the world’s second largest naval market, after the United States of America. According to market analyst firm, AMI International, the Asia Pacific region is expected to spend around US$200 billion on new ships and submarines by 2032, making up roughly 25 percent of the global projected new ships market. With Singapore strategically positioned at the heart of the fast-growing Asian maritime defence industry, IMDEX Asia is well-poised to capitalise on this exponential growth in the region.

IMDEX Asia 2015 will once again feature a holistic programme of strategic and technical conferences that will enable participants to keep abreast of the latest developments in the naval and maritime security industry and address challenges facing its future. Notably, the 15th Asia Pacific Submarine Conference (APSC) that fosters mutual understanding and cooperation between regional submarine operating navies, and other navies and organisations with an interest on submarine safety will be held in conjunction with IMDEX Asia 2015. Aside from APSC, IMDEX Asia 2015 will also see the return of two strategic conferences – International Maritime Security Conference (IMSC) and the Asian edition of the prestigious International Naval Engineering Conference (INEC@IMDEX Asia). These conferences will see the gathering of leading players from navies, commercial and military ship operators, designers, shipbuilders, manufacturers, defence-related organisations and academia to discuss new developments and challenges faced by the naval and maritime security industry.

Mr Leck Chet Lam, Managing Director of Experia Events, said: “I am heartened to see continuing strong participation in the 10th edition of IMDEX Asia, and I believe that the new exhibitor sign ups in every edition is testament to the event’s strong track record of meeting the needs of both exhibitors and visitors. The addition of APSC into our conference programmes this time round also demonstrates IMDEX Asia’s growing stature as a premier international maritime defence show and is now more than ever a must-attend show in the international naval and maritime security calendar.”

Established in 1997, the biennial IMDEX Asia is the premier international maritime defence show in Asia Pacific and beyond. IMDEX Asia comprises an exhibition, strategic conferences and a warships display. It has gained recognition as the global platform to address pressing issues within the naval and maritime security industry, showcase the latest naval technologies and connect key players from navies, governments and industry. A must-attend show in the international maritime defence calendar, IMDEX Asia 2015 will be the tenth in the series and will be held from 19 – 21 May at Singapore’s Changi Exhibition Centre.

Experia Events specialises in organising and managing exhibitions and conferences of strategic interest, fostering industry development and thought leadership. It has built a strong portfolio in aerospace and defence with the highly successful Singapore Airshow, Asia’s largest and one of the most important aerospace and defence exhibitions in the world, and IMDEX Asia, the premier international maritime defence exhibition in Asia.  Its expertise also extends to the government and lifestyle sector, through key events such as the Singapore International Water Week and World Cities Summit.

With a sound track record underscoring its aspirations to stage events that influence, Experia Events aims to diversify its range of strategic events globally.