Four for the Troubadour: a quartet of British artists… 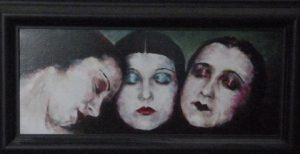 Dance of Beauty. By David Moore.

Four for the Troubadour: a quartet of British artists show their work at characterful Earl’s Court venue,  By James Brewer

With widely differing personal and career histories, four artists making a vibrant contribution to the visual arts are to show their work at one of London’s most lively venues, the Troubadour Café and Gallery at Earl’s Court.

David Moore, Tony Fisher, Bobby Jessamine and Tim Feltham impart to their works a maturity of interpretation that is a refreshing contrast to the perplexing work of many contemporary artists, but their output is unusual enough to be greatly arresting.

London entrepreneur Sharon Gurman, who has curated the show, said that all four artists are making a distinctive contribution to the arts scene, and that the mix makes for a free-spirited and exceptional show.

Based in south London, David Moore abandoned his career as a revenues officer and his painting for 25 years to care for his children. He took up his brushes again when he was invited by Tim Feltham, with whom he once worked as a theatre scenery painter, to submit a piece for an exhibition at the Tank Gallery in his home area. That venue, since renamed Misty Moon Gallery, has continued to exhibit his work successfully.

The inspiration for many of his paintings is Weimar period Berlin, with the heady mix of glamour, decadence and poverty that followed World War I. Using found images from the period and stills from silent films, he highlights deathly pale, powdered faces, bubikopf (bobbed) hair, poisonous green eye shadow, scarlet lips, fur coats and laced boots.

Kees van Dongen and Federico Beltrán Masses, for their society portraits, and Christian Schad and Rudolf Schlichter for their darker paintings, are among the past masters he looks up to.

Separately, David has produced a series of “Mary” paintings inspired by those displayed in the Bethlem Royal Hospital, a psychiatric centre in Beckenham. They explore the themes of depression, anxiety and loss, through the image of a small child.

David has musical talent: he plays saxophone, guitar, bass, piano, drums and other instruments, has written and recorded many songs and written children’s books, yet to be published… 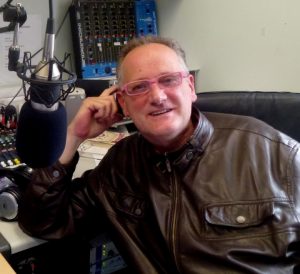 Tony Fisher is a professional photographer who has lived and worked in the East Midlands for more than 40 years.  His passion for the arts has helped him cope with the anxieties and depression he has suffered for more than 17 years, that followed from the sudden death of his parents, and loss of his wife to motor neurone disease.

He became involved with art classes, which led to him staging an exhibition, at the Rethink Mental Illness facility, the Croft centre in Ripley, Derbyshire. “The service provided by the Croft centre was a lifeline to me, as it helped me to boost my confidence and self-esteem and provided the mechanisms for me to start to socially engage again, ” says Tony.

Of his keenness for the “beautiful medium” of photography, he says: “Looking through the lens provides self well-being. Through my depression I moved away from black and white imagery and started working more with colour, which I found more vibrant and uplifting.

“None of my photographs are digitally manipulated and are a representation of what I see in life.  All have a relevant and significant meaning.” He goes beyond his personal experiences, to grapple with topics such as global warming and provision for the elderly and people with disabilities; and he is fascinated by reflections in water. Among his richly coloured and compelling images is the startling Foaming Depression, which won a Bill Pringle award for art.

Bobby Jessamine has a background in theatrical design. The Scottish artist in the late 1970s worked with Pemberton Studios designing and making film sets, with Matchbox Productions and with other producers. He was with the Churchill Theatre in Bromley as scenic artist from 1980 to 1985, and for the following five years freelanced as a painter and scenic artist for various theatres and events including Derby Playhouse and Chichester Festival. In 1990 he moved to the Little Theatre Southport, for which he continues to design and paint scenery, along with other work in his studio and workshop there on commercial design for theme parks, and building sets for photographic shoots and backdrops for educational and corporate events.

Tim Feltham was born in Beckenham, Kent, and he cites his formative influences as Spike Milligan, Giles and the many wonderful illustrators of books. EH Shepard (who drew Winnie-the-Pooh) is a particular favourite.

Working at the Churchill Theatre in Bromley, he met Bobby Jessamine who asked him to design stage sets. His caricatures were meanwhile commissioned for the theatre foyer. He continued to exhibit in bars, cafes, restaurants and theatres, but moved away from that scene in 2005 to concentrate on his own artwork. Tim is inspired by artists as varied as Rembrandt, Constable, Turner, Louise Bourgeois, Scottish artist William Turnbull, abstract sculptor Sir Anthony Caro, Spain’s  Antoni Tàpies, and London contemporary painter Frank Auerbach.

The Troubadour was founded in 1954 as part of “the second great London coffee revolution, ” the first being categorised as the opening of Edward Lloyd’s and other coffee houses. The Troubadour became an intellectual and artistic haunt. It is claimed that the satirical magazine Private Eye was first produced and distributed from there, and that the early Ban the Bomb supporters gathered there. 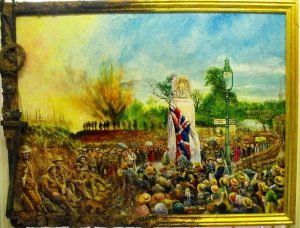 Cover art in mixed medium by Tim Feltham for the book Lest We Forget: Beckenham and the Great War by Pat Manning and Ian Muir.

The Troubadour’s third, and current, owners, Simon and Susie Thornhill, extended the premises when the shops on either side became available. They say that the Café continues its legacy of freedom of expression and musical and creative innovation, with top new artists on stage, and a long-running poetry series. The Troubadour Gallery, with its large windows and natural light offers an ideal space for exhibitions of all kinds, say the Thornhills.