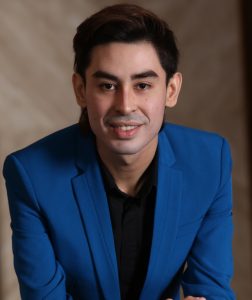 7 November 2014 – Issued on behalf of ISAF – The ISAF President Development Award, which recognizes outstanding achievement in the development of sailing, has been awarded to Tunku Abdul Jalil Ibni Sultan Ibrahim of Johor, Malaysia.

Tunku Jalil has been instrumental in the development of the sport in Malaysia and the launch of the Liga Layar Malaysia (LLM) and Belia Belayar sailing programmes. Launched late in 2013 with the backing of the Malaysian Ministry for Youth and Sports and the Malaysian Yachting Association (MYA) the programmes have given thousands of young people the opportunity to learn about sailing and gain experience in match racing across the country.

ISAF President Carlo Croce said, “The initiatives introduced by Tunku Jalil have been highly successful in introducing new people to the sport of sailing and I congratulate him on his vision and enthusiasm. In a growing sailing country like Malaysia, it is this dedication and passion that really makes a difference.”

Launched in partnership with the MYA, the Belia Belayar is a youth sailing programme which runs parallel with the Liga Layar Malaysia. Over 500 young sailors and students attend each event to learn about sailing and give it a try for themselves.

In its first year, the Belia Belayar has so far introduced over 4, 600 students to the sport across six venues.

Tunku Jalil will be presented with the ISAF President Development Award in Johor Bahru, Malaysia.

To stay up-to-date with the ISAF Annual Conference, a live blog will be available from Saturday 1 November through to Saturday 8 November here http://www.sailing.org/follow/2014-annual-conference-blog.php