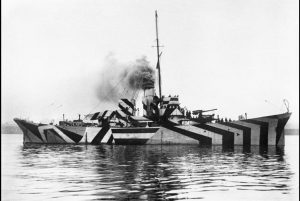 A campaign is gaining momentum against the UK government’s £4m annual funding cut which has put the magnificent library of the Imperial War Museum in danger of closure, and up to 80 jobs at risk.

One of the UK’s biggest trade unions, Prospect, is rapidly winning support for its petition seeking to get Chancellor George Osborne to reinstate the money. Nearly 2.800 people signed in the first few days, more than half the 5, 000 target.

The Museum says it is consulting on restructuring its organisation to respond to challenges. The decision comes just four months after the headquarters building was officially reopened by Prime Minister David Cameron following a £40m refurbishment. The Museum has had a particularly high profile in the centenary year of World War I.

There are five branches — IWM London, IWM North, IWM Duxford, Churchill War Rooms and HMS Belfast – which have been welcoming visitors at the rate of nearly 2m a year. School visits, led by museum and education professionals, to Duxford, HMS Belfastand the War Rooms are said to be under threat from the cutback.

IWM London’s library acquired its first item in 1917 — a programme for a pantomime staged in Thessaloniki by 85th Ambulance Brigade —and it is a collecting department in its own right, assisting staff do their jobs, and  providing members of the public with access to research materials.

Another closure is proposed, that of the Explore History facility in London, which allows the public to look through the IWM collections for objects and subjects not on display.

One person who signed the petition said: “For such a move to be announced during the 100 year commemoration activities of 2014 beggars belief.”

Alan Borg, a former director general of the museum, said he was “horrified by the suggestion that the Library might be closed and dispersed.”

One historian commented that IWM was at the heart of the nation’s memories of two World Wars. The Library was essential for families researching lost sons and daughters. There was a unique oral history project; and the study of war was important to gain understanding of how to prevent war.  Another specialist in history said that the Museum’s insights into the psychology of war must be protected and developed.

Reopening the Museum in July, Prime Minister Cameron had said: “When I launched our plans for the First World War centenary, I said that the renovated Imperial War Museum would be the centrepiece of our commemorations. And what a fitting centrepiece this is – a national focal point in which we can all take great pride.”

Prospect negotiator Andy Bye said:  “IWM aspires to be a highly respected authority on its subject matter, but this will be impossible without a library.” He added: “Prospect fears this is only the start and that further damaging cuts are likely.”

An IWM spokesman told the BBC that the plans were part of a change programme that “seeks to ensure IWM can continue to respond to challenges and opportunities, build on our successes to date, improve and update ways of working across the organisation.”

Good news for Ship owners who will now save time and costs!