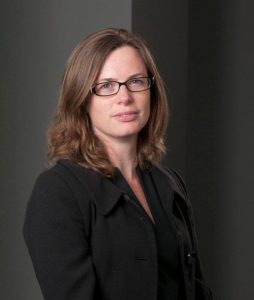 Rules to stop companies from reducing their tax bill by diverting profits to tax shelters and offshore entities are being planned by an increasing number of countries – although achieving international harmony on action looks out of reach.

This was the message that emerged from a panel discussion at the Shorex Wealth Management Forum in London. Experts addressed the theme of the introduction of controlled foreign company rules in emerging markets.

Summing up the debate, Jennifer Smithson, a partner in the private client area at Macfarlanes, concluded: “The days of tax planning by putting your money into a numbered Swiss bank account and not telling anybody, are over.”

Britain defines a controlled foreign company (CFC) as one that is resident outside the UK, controlled by UK persons and subject to a lower level of tax. Under UK rules, a company is subject to a lower level of tax if the ‘local’ tax paid by the foreign company in its territory of residence is less than 75% of the corresponding UK tax on its profits.

Ms Smithson said that until the 1970s and 1980s when there had been widespread exchange controls, there was no real need for CFC rules, and enterprising tax planners took advantage of this. The more developed jurisdictions adopted rules to counter these arrangements.  Adopting CFC rules on a global basis “is something that has not happened as yet, but the development towards that is accelerating and will accelerate further not least because the OECD … wants all participating countries to develop a CFC regime, ” said Ms Smithson.

The OECD acknowledged that harmony in CFC rules is practically impossible, but rules on exchange of information were an important step forward. Some 30 to 40 countries had CFC rules, “but if you have the OECD nations involved [as a driver] it is going to be rapidly increasing.”

She said that while the OECD had an “action plan” to encourage greater adoption of such rules, there was no time frame with deadlines.

Countries introducing measures to stem the outflow of capital to low tax jurisdictions have to take care that they do not contradict bilateral treaties.

First speaker during the discussion was Zoe Fatchen, a director of Wragge Lawrence Graham & Co LLP, who outlined the history of the UK rules, one of the most established such codes. She said that UK rules were introduced in 1984, but they were complex and considered so unwieldy there was concern this was going to put people off from investing.

In 2010 new rules were drawn up which were enacted in January 2013. The first companies affected are beginning to report now. Companies resident in Australia, Canada, France, Germany, US and Japan will be outside the CFC regime as long as they pay the standard rate of corporation tax in those places.

Entities formed for captive insurance (insurance contracts between connected companies) are caught by the rules to the extent that they derive from an insurance contract entered into with a UK company, but CFCs which conduct insurance business in Luxembourg are excluded.

Ms Smithson, commenting on the UK position, she said: “It is all called simplification, and yet the length of the tax statute seems to be getting longer.” 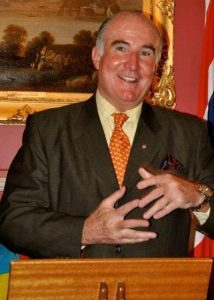 Mr Zapoll said that it had been common to create an offshore company and shelter profits outside Russia, because until recently Russia did not have any effective information exchange agreements. President Vladimir Putin had said: “we have to fill the void, ” and rules were introduced in April 2014. There was a huge lobby, said Mr Zapoll, to make the rules looser. Any Russian individual or resident in Russia has to notify the Russian tax authorities of the ownership of foreign companies.

“The problem is, you never know what the government is going to do with this information. You don’t into which wrong hands this information will get.” Nobody knows how the concept in the rules of a “special relationship” is going to work. What will happen? “Watch this space, ” said Mr Zapoll.

Enrique Sibauste, of Panamanian law firm Moreno & Asvat, said many Latin American countries had begun taxing their residents when they do business abroad. His firm advised companies not to base their decisions solely on minimising their tax bill: there should be other points to the way investments were structured.

Nachiket Deo, senior manager of the India tax desk at Ernst & Young LLP, said that there were no CFC rules in India but such were being considered very carefully by the government. Since 1992, as far as India was concerned, capital flight was largely inbound.

In 2010 the then government in New Delhi introduced a draft tax code to replace the tax law, and this is still in a draft stage, having gone through multiple variations. The new government elected this year had expressed the desire to take this ahead. “It will come into the picture today or tomorrow… it is a matter of time.”

Mr Deo said: “Our Indian corporations are in the same position as some of the Western corporations, that these CFC rules will work harshly against them.” The introduction of CFC rules could have a massive effect on Indian companies.

The discussion was part of a session chaired by Richard Moir, group ambassador of Sovereign Group, one of the largest independent cross-border wealth management service providers, assisting some 9, 000 companies and structures. Mr Moir is an international business development and market access specialist, and among other roles he is an ambassador for WISTA-UK (Women’s International Shipping and Trading Association), and founder of The Friends of The Bahamas.