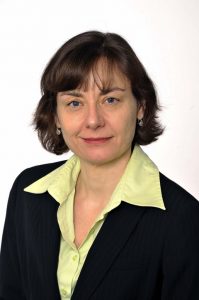 International accountant and shipping consultant Moore Stephens is to make representation to Her Majesty’s Revenue & Customs in connection with recently issued draft revised guidance in respect of the UK tonnage tax regime, some of which it considers to be unhelpful.

Moore Stephens tax partner Sue Bill says, “None of the changes are fundamental. Indeed, some of them are helpful, for example the revised comments regarding the circumstances in which a tonnage tax company is regarded as only temporarily having ceased its activities and therefore eligible to be within the regime when it resumes activities. Such changes show that HMRC is prepared to be more flexible in certain circumstances.

“There are, however, a couple of areas where the update is unhelpful. For example, HMRC has said that it does not regard the recent decision in Euroceanica (UK) Limited v HMRC (2013) UKFTT 313 as binding. In Euroceanica, the First Tier Tribunal, which hears appeals against HMRC decisions relating to tax, held that interest received on a security deposit which was required in order to take out bank loans to acquire ships in the tonnage tax regime was within the tonnage tax ring-fence, and that therefore no further tax was payable. However, HMRC has now said that, as a general principle, it does not accept that interest arising on such security deposits is within tonnage tax. Given the First Tier Tribunal’s decision, it is difficult to see the justification for HMRC’s position.

“The revised guidance also includes the comment that the transfer pricing rules apply where a UK company lends funds to a UK tonnage tax company to which it is connected. This means that there is likely to be taxable notional interest receivable outside the tonnage tax ring-fence and no relief for any notional interest payable unless, for example, some or all of the loan is performing an equity function. It is well-known within the shipping industry that this is a potential problem but it is now clear that HMRC is not going to be flexible on this issue. This is unhelpful and means that tonnage tax groups must take care to minimise or eliminate any loans to tonnage tax companies being made by other UK companies in the same group, whether or not the lender is a tonnage tax company.”

Moore Stephens is assisting the UK Chamber of Shipping in making representation with regard to some of the proposed amendments, and will itself also be making separate representation to HMRC.

Moore Stephens LLP is noted for a number of industry specialisations and is widely acknowledged as a leading shipping and insurance adviser. Moore Stephens LLP is a member firm of Moore Stephens International Limited, one of the world’s leading accounting and consulting associations, with 667 offices of independent member firms in 105 countries, employing 27, 081 people and generating revenues in 2013 of $2.7 billion.

A Leap of Faith