China and India to account for 35% of global oil trade… 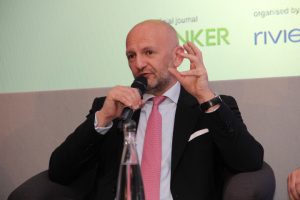 CHINA AND INDIA TO ACCOUNT FOR 35% OF  GLOBAL OIL TRADE, SAYS NEWPORT SHIPPING

China and India will account for about 35% of global oil trade in the next ten to fifteen years, despite China’s commitment to increasing the use of clean power and renewable energy.

With imports of crude oil to the US in decline as the country develops its shale oil and gas reserves, China and India will become “very important” to the crude oil markets, said Lone.

Speaking yesterday to over 80 tanker industry executives attending the event in London, Lone said: “There is no doubt that shale oil and gas is changing the oil industry and it will have a major impact on trade flows.

Commenting on the impact of sulphur emissions legislation on the tanker segment, Lone said: “One major issue that is coming up is the implementation of the ECA [emissions control area] rules in January but very few shipowners are looking at the issue. Maybe, as an industry, we have been hiding our heads in the sand for the past year hoping the issue will go away, but it hasn’t.” 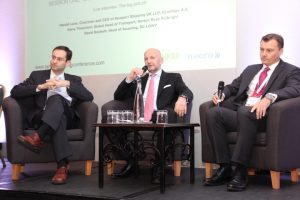 While agreeing that the move to reduce emissions by shifting freight from the highway to the seaway is a positive step forward, he outlined his concern that the introduction of this and other legislation could ultimately make shipping less competitive. “This is one issue I am very concerned about, ” he said.

Anticipating a tough year ahead, the Newport Shipping Chairman warned delegates that there must be more collaboration and cooperation between shipowners. “We have to consolidate. We can’t continue to operate in a low freight [rate] environment. My hope is that shipowners will continue to keep their vessels in ship pools, and not just in a bear market.”

Last month, Newport Shipping Group introduced a more flexible pooling concept for Handysize bulk carriers based on a performance-related fee structure. Whilst the revenue sharing agreement is initially geared to the bulk carrier segment, it is likely that the concept will be soon rolled out to the small product tanker segment.

EXMAR NV announces delaying of the launch of the contemplated IPO