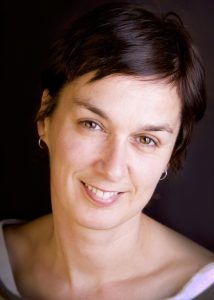 As WISTA – UK’s writing competition “CAME BY SHIP” continues to capture the creative imagination of many young people across the UK, the organisers are delighted to announce that renowned British journalist and author, Rose George, has agreed to join the judging panel for the competition.

Rose is well known in the shipping industry for her book; Deep Sea and Foreign Going: Inside Shipping, the Invisible Industry that brings you Ninety Percent of Everything. In September 2013, Deep Sea was a Radio 4 Book of the Week and, in October; it was awarded the Mountbatten Literature Award by the British Maritime Foundation.

Rose said “It’s fundamental for the younger generation to know about not only the shipping industry and possible careers at sea, but also that there are so many seafarers who risk their lives daily to bring us everyday items. As an island nation we should encourage awareness of the sea and I’m delighted to be supporting this project with WISTA-UK alongside the other organisations.”

WISTA – UK, in conjunction with Seavision and supported by the UK Chamber of Shipping, is running the “Came by Ship” writing competition as part of WISTA’s 40th anniversary celebrations. The competition is for young people to write anything about the shipping industry or the movement of goods by ship. It is open to all schools, cadets and youth groups and has two categories – under 12s (writing up to 250 words), and 12-18 years (up to 500 words). The deadline for entries is 20th December 2014.

The winner from each category will receive a kindle, kindly donated by the UK Chamber of Shipping; plus Rose George has offered each winner a signed copy of her book.

Additionally, Lloyds List who are actively supporting the competition and forming part of the judging panel will be publishing the winning articles in the new year.

For further information on the Came by Ship campaign and competition please follow @camebyship or visit http://www.camebyship.com/index.php/competitions/essay-competition