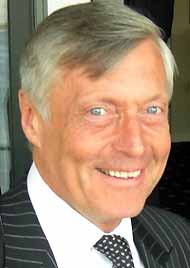 NEW YORK, November 21, 2014:  The directors of the American P&I Club, meeting in New York, have decided on a 4.5% general increase for the 2015 renewal of mutual P&I entries, plus any additional costs of the club’s reinsurance, with the release call set at 20%.

Also, the 2015 renewal will feature a 4.5% general increase in mutual FD&D entries and a 4.5% increase in fixed P&I, Damage to Hull (DTH) and FD&D insurances, with any additional costs of reinsurance in both cases.

Further increases and other adjustments will apply to certain deductibles.

In reaching these decisions, the directors state that many of the trends they noted 12 months ago (weak pricing power, underlying claims inflation and rising overhead expense) will continue to influence the cost of P&I cover for the new policy year.

Although there is optimism that the outlook for shipping will get better as the global economy improves into 2015 and beyond, freight markets have yet to show any solid and sustained upturn.

Referring to the prospects for P&I generally, the directors state that attritional exposures will likely continue on an upward curve, the size and volatility of large claims will be unlikely to abate, while the investment climate will remain uncertain.

It is probable, too, that increasing absorption of risk by individual clubs and the International Group itself will continue to feature over time, placing a need on all clubs to ensure that the risks they accept for their own account are properly assessed and appropriately priced.

Reviewing the club’s recent performance, the “churn effect” during the past 12 months has had a more subdued impact on premium revenue than was the case in 2012 and 2013. Thus, premium income has been stable during 2014, while entered tonnage in relation to the club’s core business has grown, rates per ton having shown a welcome degree of firmness year-on-year.

Retained exposures have declined over the first eight months of the 2014 policy year compared with 2013 at the same stage of development. However, there has been a gradual upward trend over the past several years from the low point experienced in 2010.

Where Pool claims are concerned, the rising exposures which characterised the 2012 year 12 months ago appear to have stablilised, while 2013 claims at the same stage of development are encouragingly lower.

The 2014 Pool is showing a favourable emergence at this early stage. However, the incidence of large P&I claims, particularly those which fall within the Pool, is apt to be volatile. On the investment front, recent market volatility, especially in equity markets, has caused returns to fluctuate.

But the most recent upturn in stock prices has helped the club’s portfolio in achieving a year-to-date return of some 4% at mid-November 2014, against just over 5% 12 months ago. This has assisted the overall financial performance of the club and, although market uncertainties remain, there are signs that investment earnings will continue to develop positively over the months ahead, particularly in the United States.

The club’s contingency fund totalled $87.4m at September 30 this year, an increase of over $9m, or about 12%, on the previous year.

Speaking in New York, Joe Hughes, chairman and ceo of Shipowners Claims Bureau Inc., the managers, said the club appreciated that increased costs were never welcome, particularly at a time when members were struggling to cope with sluggish freight markets against a background of geopolitical and economic uncertainty. Nevertheless, the board remained resolute in its commitment to maintain – indeed, enhance – the financial standing of the club, especially in view of the progress it had made in recent years.

He added: “The American Club looks forward to the 2015 renewal. The 2014 policy year is developing as expected: claims are emerging more favourably than the previous year at the same stage of development, core tonnage is growing respectably and investment returns are adding to the club’s financial strength.

“Challenges remain, of course, and every renewal is a test! I am sure that the forthcoming period will be no exception, but we look forward to continuing success over the months ahead.”

NOTE:  The American Club was founded in February 1917. In addition to its US headquarters in New York, the club is able to provide local service across all time zones, communicating in eleven languages, with subsidiary offices in London, Piraeus, Hong Kong and Shanghai and a worldwide network of correspondents.