Two regional directors appointed by the International Marine Contractors Association (IMCA) ensure that the association has an increasingly active presence in two key offshore oil and gas areas of the world – Asia, and Australia & New Zealand. 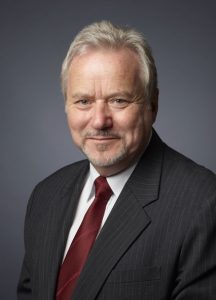 Chris Charman, Chief Executive of IMCA, announced at last week’s IMCA Annual Seminar in London that Denis Welch had been appointed Regional Director for Asia-Pacific; and Andy Bolton has taken up a similar position in Australia & New Zealand. IMCA plans to appoint a third Regional Director in Houston, USA.

“Some 50% of our global membership of 1, 045 companies in over 60 countries operate outside the area covered by our Europe and Africa Section, ” he explains. “So, it makes extremely sound sense to have someone who is well respected and knowledgeable on the ground in these three important regions to provide a constant presence for IMCA, to work with our existing members and with stakeholders including regulatory authorities; government representatives – both politicians and officials; regional trade associations; learned bodies and professional membership organisations; NGOs; clients; and potential member companies.

“The marine contracting industry plays a vital global role. Its vessels account for 4% of the world’s maritime fleet. Collectively our members employ some 350, 000 people and have an annual turnover of around $150bn. They work in all the world’s major offshore areas, delivering large offshore oil and gas and marine renewables projects around the globe that quite literally fuel the global economy.”

About Denis Welch
Denis Welch is based in Singapore and has a track record of Board level appointment in leading international companies and start-ups spanning the marine, civil, automotive and aerospace sectors. He is an elected member of the American Bureau of Shipping, and a member of both the Det Norske Veritas and ABS Southeast Asia Committees. He has also served on the Singapore Workplace Safety and Health Committee and the Singapore Shipowners Association Offshore Committee.

Denis established One World Maritime Pte Ltd in 2009 to provide industry knowledge and management support to companies looking to expand or penetrate new markets in Asia; and has had several assignments in this capacity, notably as CEO of the Asia Pacific subsidiary of IHC Merwede, the Netherlands-based shipbuilding and marine engineering organisation; and as CEO of Mermaid Maritime, the Thailand-based drilling and subsea engineering company. Whilst at Mermaid he was involved in the establishment and listing on the Oslo Stock Exchange of subsidiary Asia Offshore Drilling, which had orders and options for the construction of jack-up rigs at KFELs. 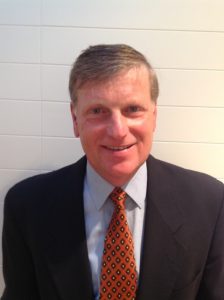 About Andy Bolton
After 35 years’ experience in marine oil and gas construction, repair and maintenance projects, Andy Bolton set up an independent consultancy based in Auckland, New Zealand to service not only the oil and gas industry, but also other large NZ infrastructure projects.

Andy graduated from Durham University, UK in Engineering Science and Management and started his career with Brown and Root as a graduate trainee in the oil and gas industry. There followed a natural progression from engineering to project and operations management roles in many areas of the world including UK, New Zealand, India, Canada, Australia and SE Asia. Andy achieved Project Management Professional status.

Andy’s experience included heading up projects performed on a variety of contracting strategies from turnkey (fixed price) to fully reimbursable on range of activities largely involved with subsea solutions where pipelaying, diving, robotics and heavy lifting were commonplace.

“Andy is particularly well known within IMCA as he was Chairman of our Asia-Pacific Section for ten years, handing over the reins in 2011, ” explains Chris Charman.

“We are delighted to have both of them on board, and know that our members in both regions will be glad to have ‘an IMCA man’ on their doorstep, and working with their interests in mind.”