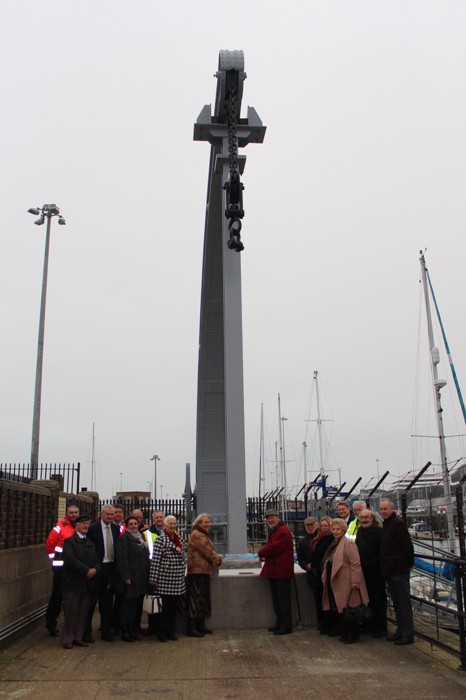 Lorraine Sencicle (left centre) and Derek Leach (right centre) joined by members of the community and the Port of Dover at the unveiling of the Fairbairn Crane plaque.

The historic Fairbairn Hand Cranked Crane, built in 1868 to serve the shipwrights who had workshops around the Wellington Dock in the Dover’s Western Docks, has been lovingly restored by the Port of Dover.  This is as part of its work together with the community to restore, promote and celebrate Dover’s many heritage assets, including those associated with the Port.  The aim is to create a Bluebird Heritage Trail that will appeal to the community and visitors alike in making Dover a destination of choice.

The restored crane was officially and jointly unveiled by local historian Lorraine Sencicle and Derek Leach, Chairman of the Dover Society and the Port and Community Forum.

Lorraine Sencicle explained the background to the crane:

“The Crane was purchased by Dover Harbour Board for their use to lift heavy shipping gear into and out of the ships. The crane was designed and made by William Fairbairn, who was born in Kelso,  Scotland on 19 February 1789 and the son of a farmer.”

“One of the first, if not the first action of The Port and Community Forum that I chair was to form a  group to produce  a Bluebird Heritage Trail to publicise the many heritage assets of the town and port and to encourage visitors to come and see them as a step toward regeneration. Some 30 sites will be included on the proposed trail, but some of them were in need of refurbishment, including this historic Fairbairn Crane. As Chairman of the Blue Bird Heritage Trail Group I am very pleased that the Harbour Board has been able to restore the crane and to mark it with a suitable plaque. Hopefully, by this time next year, the Bluebird Heritage Trail and its associated website, app and leaflet guide will be a reality thanks to the efforts of many of those attending the unveiling.” 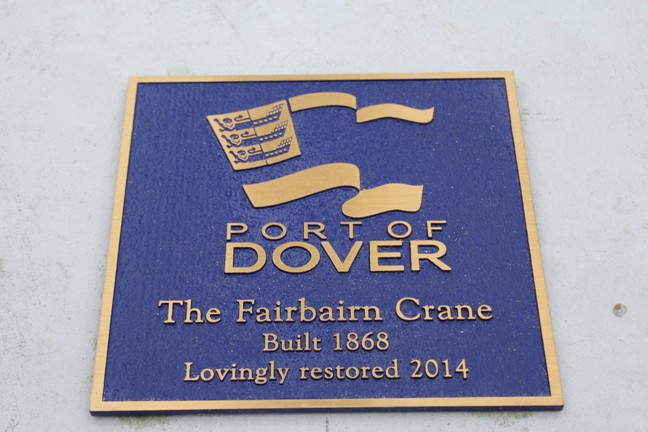 “We are proud of our Port heritage and its place as part of Dover’s incredible history.  I am delighted that we have restored the Fairbairn Crane and that it is accessible to the public.  Alongside other major work we are continuing on the restoration of our historic Cruise Terminal 1 building, this is a clear sign of our intent to bring the Port and the community closer together through celebrating a shared heritage as part of our work to create a wonderful shared future.”