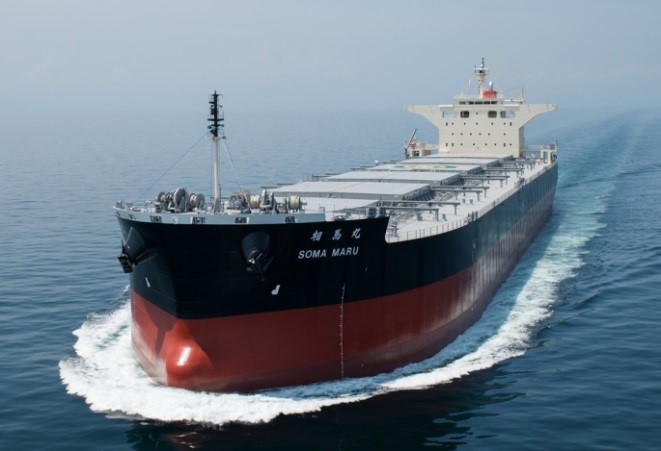 Held annually by the U.K.-based maritime industry magazine “International Bulk Journal”, The IBJ Awards recognize and honor companies and organizations in various fields for their contributions to the global bulk carrier industry.

The Soma Maru was jointly developed by Sanoyas Shipyard (President: Takashi Ueda; headquarters: Kita-ku, Osaka) and MOL, and is a state-of-the-art coal carrier with a wide-beam/shallow-draft design, various safety features and energy-saving specifications. The vessel was singled out for its versatility and environmental performance.

MOL continually strives to be a worldwide leader in the safe, reliable transportation of natural resources and energy.