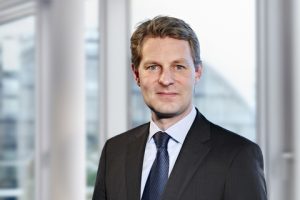 Isabelle Rickmers appointed to the shipping company’s board

Hamburg, 12 December 2014. Nils Aden (41) will take over the position of chief executive officer (CEO) for Hamburg-based ship management company E.R. Schiffahrt GmbH & Cie. KG on 1 February 2015. In his new role, he will be responsible for the fleet management, crewing, customer relations, chartering and quality divisions. Nils Aden has been with the E.R. Group for eight years, and for the past two years has been a member of the shipping company’s board.

Dr Hermann J. Klein (57), current CEO of E.R. Schiffahrt, will leave the company of his own will after his three-year contract expires. He has been managing director of E.R. Capital Holding and E.R. Schiffahrt since 2012. In his role at E.R. Schiffahrt, he headed the successful merger between ship management companies E.R. Schiffahrt, Komrowski Befrachtungskontor and Blue Star, part of the Komrowski Group, which all became the new Blue Star Holding. ‘Hermann Klein navigated E.R. Schiffahrt through a challenging time and took it in a new direction. With his expertise, strong leadership and dedicated service, he developed and implemented innovative and future-oriented projects. We thank him for his consistently effective effort and many good ideas, ’ says Erck Rickmers, founder and owner of E.R. Group. E.R. Schiffahrt was one of the first shipping companies to conduct comprehensive modifications to improve the energy efficiency of its ships. 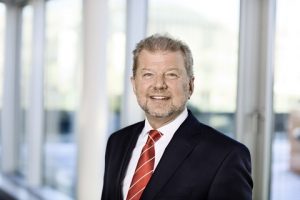 On 1 January 2015, Isabelle Rickmers (32) will become a new member of the E.R. Schiffahrt board and will take on responsibility for the new business, key account management and purchasing divisions. She has been with E.R. Group since 2010 and currently heads E.R. Schiffahrt’s customer relations division. Frank Bergert (53), E.R. Capital Holding’s and the shipping company’s CFO, will retain responsibility for finance in the new three-person board of E.R. Schiffahrt.

Willem Dekker (49), hitherto managing director of E.R. Schiffahrt, moves to E.R. Capital Holding on 1 January 2015. He will assume a variety of cross-departmental functions and strengthen the business development team. The unit will be developing new finance and shipping projects. Dekker reports to Jochen Klösges, CEO of E.R. Capital Holding.

E.R. Schiffahrt is a maritime services provider and one of the largest charter companies for container ships and bulk carriers in Germany. Currently it controls more than 100 vessels in service. The company was established in 1998 by Erck Rickmers and employs around 3, 500 people on land and at sea. DNV GL awarded E.R. Schiffahrt with its ‘DNV GL Excellence – 5 Stars’ certificate for its exceptional safety, environmental and quality standards. In 2012, E.R. Schiffahrt was the first German shipping company to become a member of the UN Global Compact, a voluntary initiative to promote sustainable development. The company E.R. Offshore was founded in 2006 and manages 13 special vessels for offshore oil and gas production as well as for building and supplying offshore wind farms. Its ships are deployed around the world. www.er-ship.com