WISTA Hellas takes its Annual Forum in 2014 to higher levels! 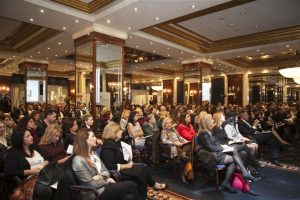 View from the audience – a really full house!

WISTA HELLAS continued its tradition of ever increasing attendance at its traditional Annual Forum,  this year titled “Shipping today…the key players’ perspective”, which took place on Tuesday, 2 December 2014 at the Metropolitan Hotel in Athens. With over 300 shipping professionals in attendance from the Greek Maritime Community as well as abroad, one has to wonder, what is the secret behind this Forum’s success? It cannot be other than the continuity of headlining the most current of issues facing the shipping industry and drawing top executives from key sectors. Even the Minister of Shipping, Maritime Affairs and the Aegean, Mr. Miltiades Varvitsiotis could not be kept away despite a key visit to the US, and sent a personal video address to ensure his presence was felt. 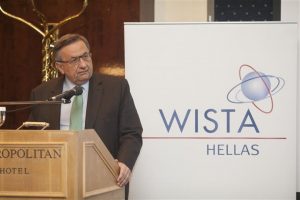 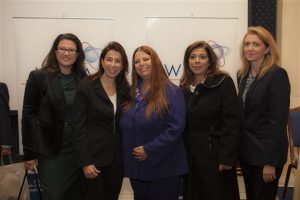 The video-address by the Minister naturally honed in on and emphasized the critical role shipping has
and continues to play in terms of economic growth of the country especially in the current difficult
environment, but notably emphasized the ever increasing role that women are playing in the industry
both ashore and on board. The first of the speakers, Mr. Tourkolias had everyone’s attention as he
gave a very real picture of today’s financial environment and the direct effects on shipping worldwide. 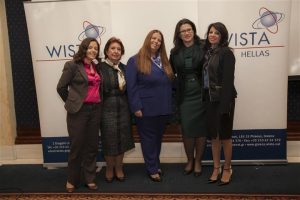 Mr. Vassilikos gave the realistic manager’s perspective of the wide range of challenges he faces in the
ever changing operational and competitive shipping environment. Mr. Argyropoulos took us overseas
and gave us the inside scoop of raising funds in the U.S. capital markets, drawing attention to and
surprising all with the relatively small share of such funding as compared to overall shipping finance.
Mrs. Lappa-Papamatthaiou gave key insight on effective management of the legal and marine
insurance framework of operations, placing special emphasis on importance choices with regard to
partners and service providers. 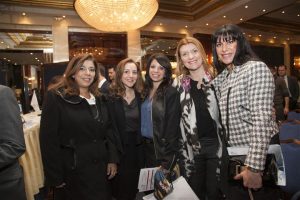 Mr. Zolotas, laid out the structure and advantages of the cooperative
framework of IACS and the key role Class plays throughout the framework of ship operation. Mr.
Tomazos gave us a view from the broker’s perspective and raised what appeared to be the simple
question of whether shipping is worth investing in, yet took us through the complicated maze of
factors to be considered before one can make a decision. Lat but definitely not least, and talking about
one of the hottest of shipping issues in the press today, was Mrs. Notias who gave us all a “wake up
call” in the wake of the OW collapse and the impact on the shipping market while also providing some
good guidelines for the future. 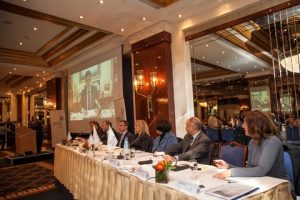 View of the panel

Mrs. Giannopoulou then opened the panel to the floor and the discussion took on a life of its own
bringing forth passionate comments relating to the human element of shipping bringing on the issue of
ship operators commitment to training and education.

The successful forum was supported by a record number of sponsors evidencing the growing
recognition of the forum as an industry wide event and was followed by a rich cocktail reception
where participants continued to talk about the issues raised by the panelists. Notably, Mrs. Angie
Hartmann, President of WISTA Hellas, during her opening address, opined on the position of women,
“in today’s not so much men-dominated but still special and demanding shipping environment, in
which women passionately wish to remain one of the driving forces”. 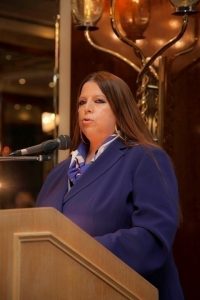 Mrs. Hartmann, thanked, on behalf of the Board, the speakers, the sponsors and the audience for the very constructive and successful event and invited everyone to a cocktail reception which lasted long into the evening.

The Dry Markets get wet…