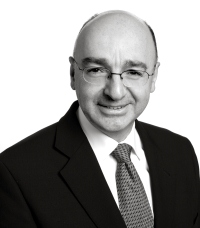 Is it possible to circumvent the two year time limit prescribed by Art 16 of the Athens Convention when bringing a claim for contribution or indemnity?

On 26 August 2008 Dr Kathleen Feest sustained serious injuries whilst a passenger aboard “CELTIC PIONEER”, a nine metre RIB. She was employed by the Defendant, SWSHA, and the accident occurred in the course of a corporate team building exercise which included a one hour boat trip in the Bristol Channel.

On 25 August 2011 she issued a Claim Form in the Bristol County Court in respect of her Personal Injury Claim. Readers will appreciate that the date of issue was one day before the expiration of the ordinary three year limit under Section 11 of the Limitation Act 1980 but nearly a year outside the two year limit in Article 16.1 of the Athens Convention.

Some months later, following service of the Claim Form, SWSHA served a Defence together with a Part 20 Claim against Bay Island Voyages, who were the Owners and Operators of “CELTIC PIONEER”, seeking a contribution to any liability they had to Dr Feest. The central issue in this application was whether Bay Island Voyages, the Part 20 Defendant, were right in asserting that, by reason of Articles 14 and 16 of the Athens Convention, the claim against them for contribution was barred because it had not been brought within two years of the date on which Dr Feest disembarked “CELTIC PIONEER”.

The issue came, on appeal, before HHJ Havelock-Allan in the Bristol Mercantile Court earlier this year. SWSHA argued that Article 16 of the Athens Convention does not deal with contribution claims at all but only with … “actions for damages for the death of or personal injury of a passenger … against a carrier or performing carrier”. The Judge rejected this argument and held that the Athens Convention is plainly intended to be the exclusive route to establishing liability of a carrier for personal injury to a passenger. The fact that the appellant’s Part 20 Claim is founded on a cause of action created by Section 1 of the Civil Liability (Contribution) Act 1978 is immaterial. The action is one for contribution to damages for personal injury to a passenger and accordingly Articles 14 and 16 of the Athens Convention were engaged. The Judge also accepted that, when construing an International Convention, he must do so “on broad principles of general acceptation” which could have the effect of extinguishing the claim and not just barring the remedy.

The practical effect of this decision is to make clear that it is not possible to bring a claim against a carrier “through the back door”, by way of a Part 20 Claim, outside the two year time limit prescribed by the Athens Convention.

(NB. The Judge did give permission to appeal and it is understood at the time of writing that the decision has been appealed and is expected to be heard by the Court of Appeal in the near future)
*John Strange:
EXPERTISE: John is head of the Marine and Commercial Litigation group and a member of our Emergency Response team. He specialises in shipping with particular emphasis on the cruise and ferry industry. He regularly advises on a wide range of issues including marine personal injury, collision and salvage and insurance disputes. John’s work also involves advising the oil and offshore industries.
CAREER: John read Law at the University of Birmingham and became a partner in 1985. He is a member of the BMLA Passenger and Personal Injury Committee.  He speaks fluent French and holds the Diplôme Supérieur de Droit et de Français des Affaires.
Athens ConventionJohn StrangeThomas Cooper
0 comment
0
FacebookTwitterLinkedinEmail