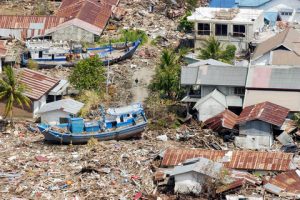 An aerial view of the vast destruction of the Indonesian coast, between the towns of Banda Aceh and Meulaboh, caused by the 26 December 2004 Indian Ocean tsunami. UN Photo/Evan Schneider

26 December 2014 – It has been ten years since a massive tsunami swept across the Indian Ocean killing more than 200, 000 people and devastating coastline communities from Indonesia to Somalia. Today, the world is much better prepared to mitigate such disasters, senior United Nations officials have declared.

“Ten years after the Indian Ocean tsunami, the world has taken significant measures to make the world a safer place against disasters, ” confirmed Margareta Wahlström, the head of the UN Office for Disaster Risk Reduction (UNISDR), in a press release issued today to mark the anniversary.

“We now have more efficient early warning systems and better evacuation procedures in place, ” she added. “There is also greater understanding and awareness globally of the broad damage that disasters can inflict on our societies.”

The world’s worst recorded natural disaster hit the Asia Pacific region in December 2004, claiming the lives of 227, 000 people and leaving the livelihoods of some 1.4 million survivors in tatters. While the immediate economic loss caused by the event was estimated at $9.9 billion, the tsunami has also inflicted long-term environmental and development harm as salt water contaminated the land, wiping out agriculture and damaging forests and ecosystems.

At the same time, the widespread devastation and sheer immensity of the disaster spurred the international community into immediate action. Just three weeks after the tsunami, countries united in Hyogo, Japan, to craft the Hyogo Framework for Action – the world’s first comprehensive agreement on disaster reduction.

“Since the Indian Ocean tsunami and the adoption of the Hyogo Framework for Action in 2005, there have been substantial changes in the global thinking regarding disaster risk reduction issues, ” Ms. Wahlström, who helped coordinate the international disaster response a decade ago and is currently in the tsunami-affected region to attend commemorative events, continued.

“The tsunami acted as a wake-up call and made us understand how vulnerable we are to hazards. We cannot avoid natural hazards, but we know enough to certainly prevent them from becoming disasters.” 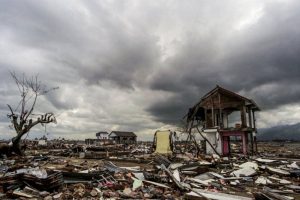 2004: A view of the Indonesian city of Banda Aceh in the aftermath of the tsunami. WFP/Rein Skullerud 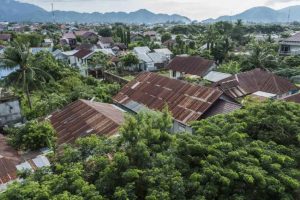 2014: Banda Aceh rebuilt – a scene from the city a decade after the tsunami hit. WFP/Rein Skullerud

A “major life-saving measure” to emerge from the tsunami tragedy, the UNISDR press release noted, was the Indian Ocean Tsunami Warning System, which now provides alerts through three regional watch centres – in India, Indonesia and Australia – and via a network of 26 national tsunami information centres. In 2012, it disseminated early warnings within eight minutes of the Banda Aceh, Indonesia earthquake.

Meanwhile, Ms. Wahlström explained, another “great lesson” of the tsunami was that coastal urban areas should be built in “a more sustainable and responsible way, ” ensuring that they are able to withstand the brunt of future hazards.

“We must become more intelligent and aware in managing the risks around the location of critical infrastructure in hazard prone areas, whether the threat comes from floods, storms, earthquakes, heat waves or something else.”

The Hyogo Framework for Action, which expires in 2015, will soon be replaced as countries gather next year in Sendai, Japan, to develop a new disaster-preparedness plan to complement global agreements on climate change and sustainable development goals while also enhancing effective early warning systems.

The UN Economic and Social Commission for Asia and the Pacific (ESCAP) and the Government of India today, in fact, announced “a major new contribution” of $1 million to the ESCAP Multi-Donor Trust Fund for Tsunami, Disaster and Climate Preparedness in Indian Ocean and Southeast Asian Countries. The Asia Pacific region, according to the UN, continues to remain “highly vulnerable to coastal hazards.”

In a press release welcoming the boost in funding, Shamshad Akhtar, the Executive Secretary of ESCAP, said the cash injection would help strengthen early warning systems and ensure that those communities that remain vulnerable receive timely warning information in the event of a disaster. 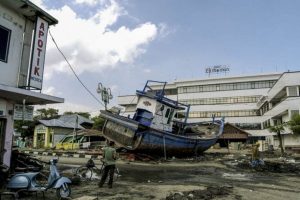 2004: A scene of devastation in front of Hotel Medan in Aceh City centre. The force of the tsunami swept fishing boats like this one hundreds of metres inland, crashing into the city and destroying anything along the way. WFP/Rein Skullerud 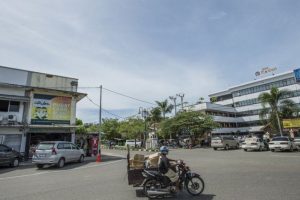 With 200 million people in Asia and the Pacific affected each year by a broad range of natural disasters between 2003 and 2013, and with the cost of those disasters averaging $34 billion each year between 2001 and 2010, the change in approach is essential.

Early disaster warning systems and clearly marked tsunami evacuation routes are evident in countries such as Thailand, which established a dedicated Government Department of National Disaster Prevention and Mitigation following the tsunami. In the Cambodian capital, Phnom Penh, flood protection dykes have been built and there is a nationwide early warning system for flooding.

The 2004 tsunami has had an impact on the focus of UN development work in the Asia-Pacific region.

“Ten years on we have all learned lessons from the tsunami aid operation that have fundamentally altered the way we work, ” Ted Chaiban, Director of Programmes of the UN Chilrden’s Fund (UNICEF), affirmed in apress release. “We have prioritised helping countries hit by disasters such as the tsunami to build back better – constructing earthquake-resilient schools, introducing safer water supplies, ensuring schools prepare children for emergencies and improving legal and social measures to protect children.”

In the Philippines, UNICEF’s education programme now includes emergency drills in schools that help prepare children for potential disasters, including the typhoons that regularly strike the country. Meanwhile, in Laos and other countries in the region, the UN agency installed disaster-resistant raised hand pumps in schools.

“UNICEF is determined that the legacy of the Indian Ocean tsunami must be more disaster-resilient societies for children – both in the region and around the world, ” Mr. Chaiban concluded.

Evergreen naming ceremony for EVER LUNAR