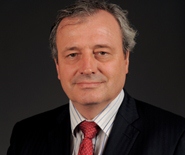 The Claimants (the vessel’s owner and mortgagee bank) claimed an indemnity for
the constructive total loss, alternatively a partial loss, of the vessel under the war
risks insurance policy issued by the Defendant insurers. The policy incorporated the
Institute War and Strikes Clauses – Hulls – Time (1983), as amended by the Violent
Theft, Piracy and Barratry Extension.

The Court directed that issues of quantum (whether the vessel was a CTL, the
measure of indemnity for a partial loss, and the recovery of sue and labour
expenses) be tried first (Stage One) before issues of liability (based on an alleged
breach of warranty) are tried (Stage Two).

After a four week trial of the Stage One issues in November-December 2014, the
Commercial Court (Flaux, J) made the following findings on 15th January 2015,
namely that subject to the defences and issues to be determined at the Stage Two
trial:

1. The vessel was a CTL and the Claimants are entitled to an indemnity for
US$76, 328, 000. The Court laid down the principles to be applied to the
determination of whether a vessel is a CTL caused by damage.