IMAGINE four very small children in 1914 when their fathers volunteered to join the Serbian army to fight the Austro-Hungarian and German army which had invaded Serbia. It was an unequal battle because the invading regiments were prepared for war with better arms, larger forces. Serbia had only just come through the Balkan Wars in 1913. The whole country was devastated after the Balkan Wars which had lasted two years. Many were killed and there was a respite of only a few months between the two wars.

In my family three of my great grandfathers participated in the war. The fourth was killed in the southern Serbian town Peć in Kosovo before the Great War.

ANDREJA, my mother’s grandfather and my great grandfather, fought and was taken prisoner to a work camp in Germany for five years until after the war had ended. He survived the camp by claiming to be literate so gaining better conditions. On his return to his small village near Belgrade he saw a young boy looking at him very suspiciously. Children in the village had seen so many soldiers both friend and foe that they treated all men with suspicion. That child was his son Ratko who did not even know his own father. 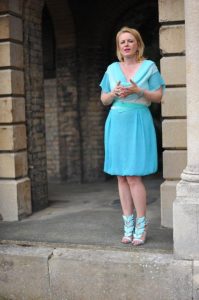 My grandmother said that her father Andreja was a great story teller and she often told his stories to me.

AVRAM, my mother’s second grandfather from Mladenovac, was killed in the great battle at Mačkov Kamen on the western border of Serbia, against the Austro-Hungarian army in 1914. Many thousands of men were killed. Avram and his three brothers all perished in the Great War. His body was in a common grave so was never returned to his home town, but his wife succeeded in building a monument to him in the town cemetery. Avram at the time had two small boys, one being my grandfather who was born in 1911.

Britain comes to the aid of Serbia in the Great War.

My father’s family lived in the south of Serbia. One of his grandfathers was killed in Peć before the Great War. The other grandfather, Krsta, who was in the Iron Battalion, one of the most famous at the Thessaloniki front, was killed by Austro-Hungarian and German troops in 1917 on the way from Greece to Serbia. His body was returned. Krsta had two daughters, both young children during the war. Food was very scarce in southern Serbia and my grandmother’s sister Ruža (Rose) died of tuberculosis a few years later.

By the end of the war two of my great grandfathers were dead, leaving two widows and four children who grew up without fathers.

Father of Avram with his orphan grandchildren, Mladenovac, Serbia, 1914.

IMAGINE those four very small children in 1918 after their fathers were killed by the Austro-Hungarian and German army which had assailed Serbia. They were among 500.000 orphans in Serbia.

One in three Serbian men was killed in the Great War, 62% of Serbian men between the ages of 18 and 55. This was a disaster for the Serbian nation of only 3m people. After the war my family photographs show the terrible effect of the conflict which left mothers and children, but no fathers.

*This article is based on an address by Ana Milovanović on July 20 2014 at the annual open day of the Friends of Brompton Cemetery, London.