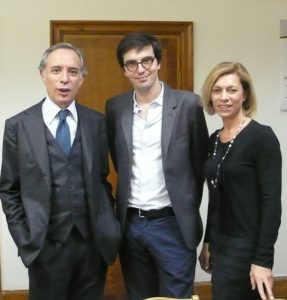 His Excellency Pasquale Terracciano, Italy’s ambassador to the UK, welcomed guests to the embassy in Mayfair for the opening of an exhibition by artist Riccardo Wolfgang, of prints from his photographic series Structures.

Riccardo Wolfgang’s works, in this instance 20 black and white cotton prints of ‘daily’ scenes in major cities, prompt inquiry into the nature of the term ’structures.’

The Ambassador, who was appointed to the Court of St James in May 2013, takes particular pride in the business and cultural achievements of Italians resident in London and elsewhere in the UK. Among Mr Terracciano’s considerable responsibilities are his accreditation to the International Maritime Organization.

Riccardo says that despite the title of his latest series being Structures, it is not focused on physical structures and buildings. Its central thesis is that all structures that surround us and form our reality (people, places, languages, social institutions) are the products of cultural crossovers.

Structures here apply principally to the organisation of patterns of relationships in systems of society.

While the finished product may look like an exercise in street photography, the series represents a carefully researched project that has taken Riccardo to several cities in UK and Italy.  He explores and visualises how urban scenes give rise to new forms of homogenisation of culture, through assimilation, globalisation or disappearance of some of their components. The structures are “a complex mixture of social, linguistic and institutional constructions that are nothing but accumulations of cultures shaped and hardened by daily life.”

As the starting point of these urban portraits, structure is defined as “a fundamental, tangible or intangible notion referring to the recognition, observation, nature, and permanence of patterns and relationships of entities. This notion may itself be an object, such as a built structure, or an attribute, such as the structure of society.” 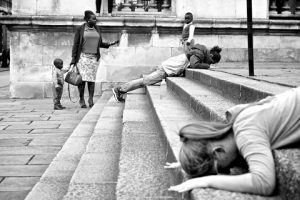 The cotton print technique employed for this series by Riccardo involves a special paper printed by inkjet to make the prints long lasting and archival, .

Riccardo was born in Como, Italy, but spent his childhood in Caracas, Venezuela, where his passion for images developed when he initially had difficulty with the new language.  He later studied photography in Madrid, before returning to his native country, to Milan. 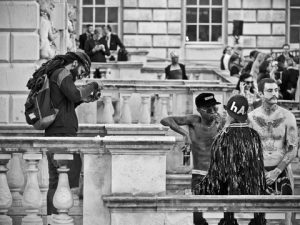 He had experience in journalism and marketing, and began professional photography, self-taught, for clients at an advertising agency, and that led him to study at a school of photography in Spain. He now lives in London and works in media and photography.

The London exhibition, available to view by appointment until February 20 2015, has been organised by Carola Syz Projects. Carola is a curator who is herself an internationally recognised artist and photographer. 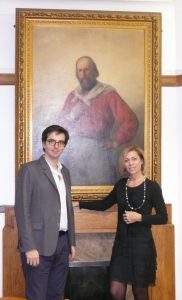 Unsatisfactory compliance with hours of rest