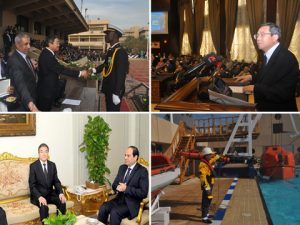 Pictures from IMO’s Secretary-general in Egypt