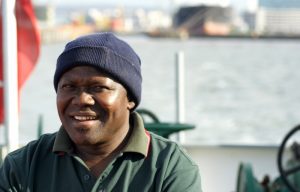 London 28 January 2015. Sailors’ Society, one of the largest seafarer support charities operating internationally, has unveiled Wellness at Sea, a coaching and support programme designed to promote health and well-being among the world’s seafarers.

Wellness at Sea has been designed to reflect the needs of mariners and the shipping industry alike by promoting cultural awareness, emotional intelligence, social skills and spiritual well-being alongside more familiar skills competence.

The programme will seek to support the mental and physical health of seafarers in a holistic, manner, addressing five specific needs: social, emotional, physical, intellectual and spiritual wellness.

“Fatigue, poor mental health, stress and many other issues all affect seafarers going about their daily work, and can be the difference between a safe transit and a major incident. Wellness at Sea is designed to fill a vital need by recognising the importance to safety of a crew whose mental and spiritual needs are met. By choosing to be person-centred instead of problem-centred, we are focussing on people: the centre point around which the industry revolves.”

The initiative grew out of a roundtable discussion chaired by Sailors’ Society in Hong Kong at which several key shipping industry figures shared their concerns over crew attrition rates and the complex problem of maintaining wellness on board. Supporting the programme launch are RightShip, Wah Kwong, Pacific Basin and Wallem.

Tim Huxley, CEO of Wah Kwong Maritime Transport, says the vast majority of incidents occurring at sea are ascribed to ‘human error’, a term that disguises the variety of underlying problems that our seafarers face.

“Problems such as loneliness and separation from friends and family lead to many seafarers abandoning a seagoing career. If we can identify these problems early and empower masters and senior officers to deal with them as they arise, we have a much better chance of solving this problem. Wellness at Sea is not looking to add the role of the parish priest to the established skillsets of our captains, but instead to support crew retention and show commitment to our colleagues at sea on whom we depend for so much.”

Sailors’ Society will offer the course at two levels for Cadets and Officers. In 2015 the Officer Programme will be offered to selected companies to integrate with their in-house training programmes. The Cadet Programme will be available through maritime training colleges working in partnership with Sailors’ Society.
Wellness at Sea Project Manager Johan Smith will run the course in five international locations; South Africa, Namibia, China, Hong Kong, and the Philippines, providing coaching in each of the five areas of wellness and empowering attendees to pass on the lessons they have learned to crew-mates and others under their command.

Smith says the programme is a proactive initiative that will equip seafarers with a range of knowledge and skills that can prevent rather than cure, minimise instead of react.

“Historically, training of seafarers has been focussed on occupational skills, while welfare services have mostly been reactive, coming into play only once a problem arises. Wellness at Sea seeks to proactively train seafarers in areas that have been traditionally overlooked. It introduces a philosophy which argues that, to ably steer a ship from point A to point B, you also need cultural competence, emotional intelligence, social skills and spiritual well-being to name just a few.”

About Sailors’ Society
Sailors’ Society is an international charity that seeks to transform the lives of the world’s 1.5 million seafarers and their families, in port, at sea and at home. The charity offers practical help, emotional and spiritual support, financial assistance and family liaison. Our port chaplains visit thousands of ships every year, directly addressing the needs of seafarers – irrespective of a person’s belief or nationality – as well as maintaining vital links within the Ports that they operate