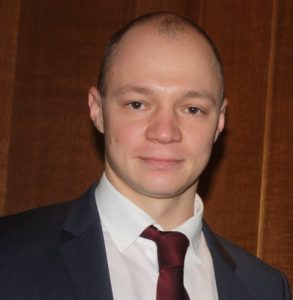 Russian insurers have been hit by large claims (in the category of $30m-plus) totalling some $2bn between 2006 and mid-2014 in the property damage and engineering sector, one of the country’s top brokers told a meeting at Lloyd’s Old Library of the Insurance Institute of London. International reinsurers were heavily involved in sharing the burden,  as were the Russian insurers, having comprehensive treaties in place.

The Malakut executive, whose personal specialities include property, construction and cargo insurance, was delivering a lunchtime presentation entitled: Settlement of Large claims in Russia – A Broker’s Overview of the Last Decade. More than 100 practitioners from the Lloyd’s and London markets packed the hall to hear his talk.

Mr Runov said that claims ratios in the Russian market in corporate and construction insurance were favourable, with property, cargo, aviation, and some other important lines profitable even on a combined ratio basis; but for motor and medical insurance, “add acquisition and operational costs, and these lines are not necessarily profitable for companies.”

Ratio for non-life as a whole was lower over the past 10 years (for example 51% in 2013) than in Germany, the UK, US and Australia. In all property lines in the most recent year for which statistics were available, losses were $6.2bn, versus premiums of $12bn.

Mr Runov referred among 16 large losses to the fire at the Moscow warehouse and production facilities of Protek in May 2006, which was settled for $75m by insurers led by Ingosstrakh after an initial claim of $110m.

In August 2009, a turbine breakdown at RusHydro – the largest hydro-electric plant in the country – and as a result of which 75 people died, produced a $200m claim, with Rosno the main insurer. The facultative placement for the latter was in the western market, led by Munich Re; one of the western reinsurers claimed it was no longer on cover, and after three years, a court ruled that it should pay the loss. At renewal for the hydro plant, there was an open tender and market rumour has it that the insurance was placed with another insurer, at  lower premiums and increased loss limit, presumably on the underwriting ‘logic’  that an identical accident was not going to happen again.”

At $1bn, the loss stemming from an explosion at Rosneft’s Achinsk oil refinery in June 2014 was the biggest Russian los to date in property and construction. Sogaz was the main insurer, with London and continental reinsurers involved, and some of the payments have already been made. The blaze during maintenance at the 140, 000 barrels per day refinery was reported to have killed six workers, and interrupted production for more than two months.

Earlier Mr Runov referred to substantial losses in the space and aviation sector, including the $260m loss in 2011 of a Proton-M space launcher, and a similar casualty in May 2014 which cost $225m.

Total non-life premium in Russia is $25.2bn, but Mr Runov said that this worked out at only $198 per capita, meaning that premiums were only 1.3% of gross domestic product – much lower than in Europe and even than in India. “The figures show that there is a lot of under-insurance and self-insurance in Russia – but this also means there is quite a lot of room for growth, ” he said.

He said that among underwriting companies there was a “big hunt for free market business, where most insurers can issue a direct policy to the client.” Market players distanced themselves from each other and did not normally co-insure unless obliged to do so by a client.

The desire to woo clients meant that underwriting was “user-friendly” resulting in speedy settlement of claims. Insurance had been in the 1990s used by some businesses for tax avoidance operations, but that attracted the attention of the regulators, although regulation had not always been consistent and straightforward.

Mr Runov said that insurance procedures were still beset by bureaucracy. “Everything has to be evidenced by loads of paperwork, ” with sometimes “about a dozen different types of documents needed, even if a claim is straightforward… book-keeping records, inventory records, and so on and so forth, ” he said.

Generally market conditions were soft because there was still room for competition. Some markets including motor have already reached the bottom in those terms. Underwriters were approaching with more caution some classes such as warehousing and power generation, and poorly protected risks, mainly where small and medium-sized enterprises were concerned.

Asked about the reaction of London and European reinsurers to the catalogue of losses, Mr Runov said that most of the companies concerned had huge treaties in property and construction, and the loss ratios had tended to be pretty favourable so far. Every renewal season there was talk about the claims getting bigger, but in the end this did not necessarily affect the outcome.

He said that sanctions by the US and Europe over the Kremlin’s stance on the civil war in Ukraine had not yet affected most of the insurance industry, but there were discussions and considerations as to what to do if the situation changed.

The ILU meeting was chaired by Vassilina Bindley, who is a London-based consultant to Malakut Insurance Brokers, and a member of the international committee of the ILU. She said that in the last few years the Institute had welcomed speakers from various sectors of the Russian insurance industry, but this was the first time that a leading Russian broker had addressed one of its gatherings.

Moscow-headquartered Malakut group, which has a turnover of around $30m, has more than 150 staff working from offices in eight countries on three continents.

The London meeting was organised in conjunction with Allison Potts, secretary of the ILU.