A London conference has highlighted continuing anxiety in global insurance markets over legacy claims for occupational disease and environmental exposure.

In particular, high levels of claims related to the use of asbestos as an insulator in civil construction and shipyards, which caused havoc in the Lloyd’s and US insurance sectors in the 1990s, will persist. A panel discussion at the event, hosted by law firm Clyde & Co, was asked what would be the issue that could be called “the new asbestos.”  The replies amounted to the conclusion: “Asbestos is the new asbestos.” 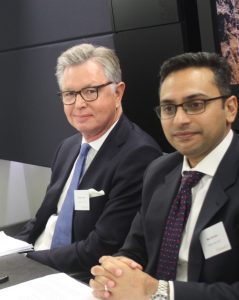 The packed inaugural conference from the Clyde & Co Global Legacy group brought together insurers, reinsurers run-off experts and other practitioners dealing with legacy claims in the UK and globally.

Simon Konsta, global head of insurance practice at the firm, and who chaired the meeting, said it was clear there remained enormous challenges, but there was huge knowledge within the insurance market, and mechanisms had been developed to deal with some of the concerns. “The reinsurance element is huge, ” he added.

The conference was on several occasions reminded that forum shoppers – parties seeking plaintiff-friendly jurisdictions in which to aggregate claims – and claims-management companies are trying to extract as much as they can from the occupational disease market.

David Wynn, partner and head of the disease group at Clyde & Co, outlined what he said were “highlights and lowlights” in the area of UK asbestos legacy, although through the decisions of the courts and legislation, the UK has been moving towards a more certain landscape.

At the same time, Mr Wynn underlined factors that he said could amount to “a perfect storm” in the area of global legacy, namely poor industrial practice, increasing and more onerous health and safety and environmental regulation, globalisation of insurers with increased risk and geographical spread, and emerging compensation cultures and forum shopping. 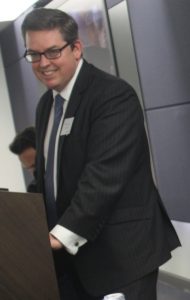 A US perspective was delivered by Kevin Haas, a partner with Clyde & Co based in New Jersey. He said that the most serious legacy disease in the US “has been and will continue to be asbestos, ” which had been widely used in building materials, brake linings and insulation because of its high resistance to fire, heat and corrosion.

The US Centers for Disease Control and Prevention, which includes the National Institute for Occupational Safety and Health,  estimates that mesothelioma causes 2, 500 to 3, 000 deaths annually in the country. Some 30, 000 further deaths in the US from that cause are forecast over the next 30 years.

Mr Haas said that whereas the US is likely to have passed the halfway point of its asbestos litigation, other nations have not, and some developing nations may be at the beginning of that path.

He asserted that asbestos litigation overwhelms the US tort system through “a perfect storm of events.”

Formerly based in New York, and later in Denver, Johns-Manville specialised in asbestos roofing and insulation. In 1945, the US government mandated that asbestos products be used to insulate Navy vessels, and Johns-Manville produced insulating products with a mixture of asbestos and silica.

Courts had adopted the ‘any exposure’ or ‘single fibre’ theory: any exposure was deemed to cause asbestos-related disease, said the New Jersey lawyer.

Court decisions had dramatically increased insurance company liability for asbestos-related disease.  The trigger was extended from the date of first exposure, to the date of manifestation, often up to 50 years, “and insurers along this continuum are jointly and severally liable up to policy limits for all claims.”

The Manville Trust was established in 1998 with $2.5bn funds in an attempt to resolve all further asbestos personal injury claims resulting from exposure to asbestos and asbestos containing products mined or manufactured by Johns-Manville Corporation and its affiliates.

Mr Haas said that a recent study of Manville Trust claims revealed widespread fraud by individuals: for instance, 2, 000 claimants alleged asbestos exposure occurring before they were 12 years old. Hundreds alleged they suffered from mesothelioma, but then claimed lesser illnesses in other filings. Claims had been filed by ‘individuals’ who did not exist.

Claims were ‘manufactured’ by the claimants’ attorneys, and independent studies of X-rays read as “consistent with asbestos” had found error rates of 90%. Asbestos case filings had declined 80% after 2003 as states began to require credible, objective evidence of physical impairment, and many asbestos trusts announced they would no longer pay claims supported by discredited X-ray reader machines. Malignant claims relating to mesothelioma and other cancers became dominant, said Mr Haas.  Today, half of new claim filings alleged mesothelioma or other malignancies, he said, adding that mesothelioma claims were highly lucrative.

The panel was asked: “What do you think will be the ‘next asbestos’?” Bob Howe, head of AXA Liabilities Managers (UK) Branch replied: “The ‘son of asbestos’ is always destined to be asbestos.” There had been talk of other microwaves, mobile phones and other factors causing equivalent problems. “None of them has ever reached the scale of asbestos.” Mr Howe said that the warnings given earlier in the meeting about what was happening in the legacy area in developing countries were very well taken. “We might yet see another wave.”

Asked whether the market as a whole does enough to protect itself in battling the tide of legacy claims, Paul Corver, chairman of the Insurance and Reinsurance Legacy Association, said that training was an issue faced by the whole industry, and that the average age of claims adjusters was rising. Mr Howe agreed that the industry should have invested more heavily in training.

A separate session looked at silicosis and other claims in the South African mining sector. South Africa was the first country to compensate miners.

Chairman of that session, Clyde & Co partner Maurice Kenton, set the scene by detailing the industry’s wider troubles. He said that 520, 000 people were employed in the mining industry in South Africa, but a lot of traditional miners were looking at their options amid restructuring. There was policy uncertainty and labour unrest. “Are we confident that an industry beset by so many issues is going to give their attention to one issue?”

Johannesburg-based Daniel Le Roux of Clyde & Co, said of silicosis: “Imagine small pieces of glass embedding themselves in your lung.” Many gold mines in South Africa operated at depths of about 3.5km where conditions were hot, humid and dusty. Pay for mineworkers was between $1, 000 and $2, 000 per month.

Mr Le Roux said that in 2012 the South African Medical Journal estimated there were some 288, 000 cases of compensatable silicosis sufferers in the country, with the value of liability at that time totalling about $2.5bn.

The journal described silicosis in South Africa as the world’s biggest and longest running industrial disaster, dwarfing the nuclear accident at Chernobyl. Claimants in class actions alleged that some 23% of all gold miners suffered from silicosis in 2004. Claimants asserted that it was cheaper for the mines to pay compensation than to install proper ventilation.

Plaintiff lawyers had embarked on what had become known as the silicosis litigation, with application for the certification of class actions against 78 mines, on the back of two important Constitutional Court judgments.

Max Ebrahim, a partner at Clyde & Co in Cape Town, said it was not yet clear how long one needed to be exposed or how much exposure was needed for a claim to succeed.