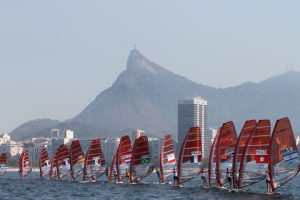 24 February 2015 – Issued on behalf of ISAF – The Notice of Race for the Aquece Rio – International Sailing Regatta 2015, the Olympic Test Event, has been published.

The Aquece Rio – International Sailing Regatta 2015 is the second of two Rio 2016 Olympic Test Events with the first being held in 2014. Rio will welcome sailors once again from 13-22 August 2015 with racing taking place inside and outside of Guanabara Bay.

Each ISAF Member National Authority is entitled to enter one boat in each Olympic event and must apply to enter by 1 May 2015.

Sailors will compete in an opening series before Medal Races on 20, 21 and 22 August bring the regatta to a close.

Racing is scheduled to take place from 8-18 August 2016 and the competition format for all events is fleet racing.