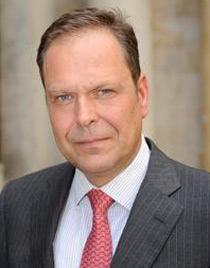 HAMBURG/KIEL Asia continues to gain in importance for the European shipping sector. This is the result of a recent survey conducted by HSH Nordbank, which polled shipping clients primarily from Europe, East and Southeast Asia. According to the survey, it is primarily Asian providers of capital that are increasing their exposure to ship finance. Onethird of respondents are already collaborating with Asian banks in financing newbuilds or purchasing second-hand ships. Furthermore, around 16 percent obtain capital primarily from strategic investors in Asia. In addition, 80 percent of those surveyed expect Asian providers of capital to penetrate ship finance – which has traditionally been dominated by European banks – to an even greater extent in future.

“The steadily increasing significance of Asia for the shipping sector is strongly correlated with the financial clout of the providers of capital and the key position of Asian shipyards in building new ships”, said Ingmar Loges, Global Head of Shipping International Clients at HSH Nordbank. “On top of this, a number of established European banks have reduced their exposure to ship finance substantially on account of the difficult situation in shipping and the strict regulatory requirements.”

Access to Asian providers of capital also plays a key role in the decision to enter the market. For shipping companies that already have a presence in Asia, almost 80 percent named access to the growth market and thus to cargo as the main reasons for their move to Asia. The proximity to banks and investors was not decisive, accounting for only 9 and 5 percent, respectively. By contrast, 67 percent of respondents without offices in Asia stated that through a local presence, beyond market access they wished to move closer to Asian investors (67 percent) and banks (44 percent).

All market participants considered geographical proximity and personal contacts to be extremely important for business in Asia. Consequently, 60 percent already have their own offices in Asia, most of them are already represented through their own subsidiary. The most important location for European shipping companies is Singapore, followed by Hong Kong and the Chinese mainland. In addition, Philippines is a sought-after location because crewing is often outsourced to this country. Although the Asian market is becoming more and more important, the companies surveyed still make their strategic decisions, such as fleet development or the award of contracts to shipyards, in the home country. The offices in Asia assume mainly operational corporate functions, such as marketing and sales, freighting and crewing.

With regard to future revenues and profits, Asian companies are substantially more muted than their European and thus also German counterparts. Only around one-third of Asian respondents projects rising revenues for 2015, with a similar percentage forecasting a drop in revenues. The situation is identical with reference to profit expectations: While 43 percent of Asian shipowners expect rising profits, more than one-third anticipate a fall in profits. By contrast, the respondents from outside Asia look to the future with far more optimism. For 2015 most European ship owners expect a better business performance than in the previous year. Around 57 percent project rising revenues and only nine percent expect revenues to fall. This optimism is reflected in profit expectations too: More than half expect profits to rise, while only nine percent forecast a decline in profits.

“The Asian shipping industry is in a substantially better position than many other market participants, thanks to a strong intra-Asia cargo traffic, and views the current situation as the normal state of affairs. By contrast, German shipowners remain in difficult waters, and this is also reflected in their expectations”, said Christian Nieswandt, Global Head of Shipping Domestic Clients/Global Liner & Container Finance at HSH Nordbank.

In the context of the “Shipping goes to Asia 2015” market expertise HSH Nordbank surveyed executives from its global client base. The objective of the study was to gain an up to date assessment of the importance of Asia for the shipping sector and to highlight potential trends. The participants mainly included European companies and companies from East and Southeast Asia. The European respondents were mostly from Germany. A total of 150 executives took part in the survey.

The market expertise can be downloaded from the press section of the corporate website www.hsh-nordbank.com.

You can also log herebelow and read the report: