Shipping in the Indian Ocean is still at risk 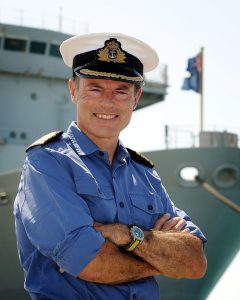 Gerry Northwood OBE, COO of MAST, said: “Whilst recent reports and incidents seem to be pointing to the Far East as the next piracy hotspot, the real security risk to shipping remains within the Indian Ocean, which is being ‘under-hyped’ by some commentators.”It is clear that the level of maritime crime in the Far East is high, however in most cases it is simply petty theft and should be deterred if passive protection measures such as Best Management Practices 4 (BMP4) are in place.”The situation in Somalia is far more complicated. Piracy in the region has been effectively suppressed, but not completely eradicated and pirates could strike again if shipping companies relax their guard.”The Indian Ocean still presents a series of security challenges, including a lack of intelligence information sharing between countries carrying out counter-piracy operations in the region, as recently stated by Commodore Keith Blount at the International Defence Exhibition and Conference (IDEX) in Abu Dhabi. He added that if these challenges were overcome, it would help increase the situational awareness and understanding of the region, enhancing the world’s Navies ability to conduct anti-piracy operations.More to the point, after two decades of civil war, Somalia remains a lawless and politically fragmented country. The persistent attacks by Al Qaeda-affiliated group, Al Shabaab, against police and government authorities not only present a security challenge of its own but have also complicated the rebuild process of a fragile state, even with the help of the international community. As a consequence, the conditions within Somalia remain permissive for pirate activity to flourish.Northwood added: “Armed security teams, BMP4 and military patrols have been, and still are, an effective deterrent in the region, protecting vessels from attack by Somali pirates. However, the recent Al Shabaab bomb attacks in Mogadishu highlight the fragility of the security situation in the Indian Ocean.

“The lack of law and order ashore in Somalia means that the pirate breeding grounds are still intact. If the shipping industry becomes complacent, it will only be a matter of time before a ship is hijacked again by Somali pirates, and innocent crews lives put at risk.”

About MAST (Maritime Asset Security & Training) Ltd  – www.mast-security.com
MAST is a leading global security provider with the expertise and capability to provide comprehensive security advice, including the delivery of physical security solutions and technology.

With offices in the UK, USA, Malta, Oman, Sri Lanka, Nigeria, Singapore and China, the company has the resources and the reach to provide clients with a complete solution.

MAST – Making the High Seas safe for all.