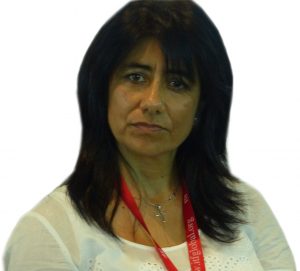 An international delegation of trade unionists arrives in Ecuador today to protest the unjust sacking of cabin crew member Jimena Lopez by the LAN Ecuador airline. Their four-day mission will mirror union protests worldwide for Jimena on International Women’s Day, 8 March, and include meetings with the Ecuadorian government – which is supporting the demands for her reinstatement.

ITF (International Transport Workers’ Federation) women transport workers’ coordinator Alison McGarry explained: “Jimena  is the general secretary and founder of the SITA (Sindicato de Trabajadores de Aerolane) union. She was sacked by LAN Ecuador – part of the LATAM holdings group, the largest airline in Latin America – following a successful recruitment drive for the union. That dismissal was not only a clear attack on her and everyone who wants to join the union, but also unconstitutional, as the national government has stated

“The call has gone out to LATAM CEO Enrique Cueto Plaza. He must listen to the airline’s workers and to public opinion. Jimena must be reinstated.”

The ITF has made Jimena Lopez’s case a centerpiece of its worldwide mobilisation for International Women’s Day – see www.8March2015.org

The delegation will meet with Jimena Lopez, SITA members and other aviation workers; join the International Women’s Day demonstration on Sunday 8 March in Guayaquil; and hold talks with Ecuadorian government representatives.

To find out more visit www.8March2015.org. The ITF is using these hashtags: #supportjimena,  #apoyandoajimena, #IWD. It has also initiated a LabourStart campaign to allow people to show their support – see www.labourstart.org/go/jimena

European shipping industry – Innovate to stay ahead of the game

Restrictions to be relaxed from Saturday… + 3...