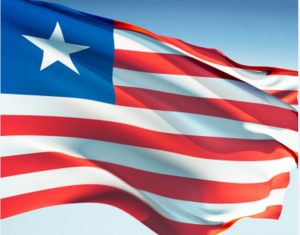 After a successful launch of the Liberian Registry’s new online application system, delivery of Wreck Removal Convention certificates is faster and more convenient for shipowners. The system was set up to expedite shipowners’ compliance with the requirements of the Nairobi International Convention on the Removal of Wrecks 2007 (WRC), which comes into force on 14 April, 2015.

The convention requires owners of vessels of 300 gt and above to carry a certificate as evidence of compliance that insurance or financial security is in place to cover their liability under the convention.David Pascoe, Head of Maritime Operations & Standards for the Liberian International Ship & Corporate Registry (LISCR), the US-based manager of the registry, says, “As with all regulatory issues affecting shipowners, Liberia has elected to take a highly proactive approach to WRC certification. Whether it be certificates for Liberian-flag ships or ships registered in States which are not a party to the WRC, owners find the online ordering process a speedy and efficient way to ensure their vessels are carrying a WRC certificate by the due date.

“We are very pleased to be able to assist many States that are not yet a Party to the WRC by issuing certificates for their shipowners, as allowed under the convention.  As a result, thousands of ships will continue to operate after 14 April, 2015 with certificates fully recognised by Port State Control authorities. It says a great deal about the high regard in which the Liberian Registry is held, and indeed about the typically proactive approach it takes to regulatory certification.”

Liberia is thus far the largest flag State party to WRC, thereby continuing its long and proud tradition of supporting international legislation designed to maintain and improve the safety and effectiveness of the shipping industry and protection of the marine environment.

Shipowners can apply for a Liberian WRC certificate online directly at: https://emaritime.liscr.com

—  The Liberian Registry is one of the world’s largest and most active shipping registers,  and has long been considered the world’s most technologically advanced maritime administration. It has a long-established track record of combining the highest standards of safety for vessels and crews with the highest levels of responsive service to owners.