Cold chain performance made to measure at Cool Logistics Asia 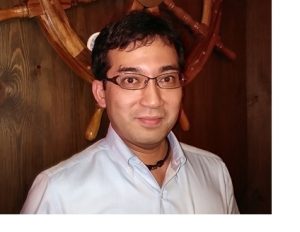 HONG KONG, 23.03.2015 – Port performance and last mile distribution of perishables are critical in terms of reducing time to market. And as any importer or exporter will agree, time to market can make the difference between profit and loss. Tsunemichi Mukai, Vice President at MOL Liner, one of the world’s ‘top ten’ container shipping companies, will urge ports and terminals in Asia to improve their performance at the 1st Cool Logistics Asia conference on 2 September in Hong Kong.

Held to coincide with the opening day of Asia Fruit Logistica, the leading international trade fair for fresh fruit and vegetable marketing in Asia, organized by Global Produce Events, Cool Logistics Asia is aimed at bringing together perishable logistics experts and the fresh produce trade.

If, according to Mukai, Intra-Asia’s perishable trade continues to cement its lead as a significant growth market, port access, not least for the rising fleet of bigger container vessels, will have to improve massively. This also means that hinterland connectivity will have to adapt.

“Intra-Asia will remain a challenging market place for cargo owners and multimodal transport service providers including feeder and barge operators in the Pearl River Delta, ” said Alex von Stempel, Managing Director of Cool Logistics Resources. This is due the perennial shortage of reefer container equipment and constant competition between different perishable commodities – not just fresh produce, but also protein and more lucrative food and pharmaceutical shipments entering the Chinese market”.

By the same token, the dash for developing new coldstore capacity in China, India and Vietnam, puts the notorious oversupply of container ships into perspective, though not without raising new alarm bells.

As China is poised to become the world’s largest import market for fresh produce and protein, closely followed by India, challenges during first and last mile distribution loom large for traders seeking to capitalize on perishable market opportunities not just between the world’s two largest emerging economies, but also on trades with Latin America, Europe and the Middle East.

Where should new coldstore capacity be deployed without engendering oversupply of capacity in newly developing logistics clusters, as trucks are still navigating around potholes, mud slides and other road traffic bottlenecks?

At Cool Logistics Asia, Tarun Arora, Manager, Fresh Import and Distribution at IG International, one of North India’s funkiest and most forward looking fresh produce importers and exporters, is set to demonstrate how continual investment in cold storage is tackling the challenges of last mile distribution in India. The company’s logistical activities include two new coldstore projects, one in Bangalore and another in Khalapur, due to open in the near future.

IG International, which deals with some of the world largest fresh produce brands such as Dole, Delmonte and Kiwi Crunch, is also planning to expand its fleet of refrigerated transport vehicles.

Looking into the future, Hans-Willem van der Waal, Managing Director of AgroFair in Europe will countenance one of the thorniest subjects in fresh produce circles – the threat of Panama Disease and its impact on banana shipments to Asia

The disease has already affected several banana producers in Central America and is said to have spread to the Philippines, China and Mozambique, according to van der Waal, who is working closely with the Wageningen Institute for Environment and Climate Research in the Netherlands to develop disease resistant fruit.

The first Cool Logistics Asia conference will bring together the latest retail and e-tail trends with perishable product-based logistics case studies, food-safety with the latest multimodal transport forecasts and provide an analysis of key infrastructure investments. The conference will also provide a review of the latest available refrigerated logistics technology and plenty of debating time as an appetizer and scene-setter for the Asia Fruit Logistica Exhibition.