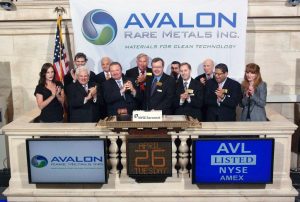 The Canadian maritime province of Nova Scotia could once again become the tin-producing capital of North America if a mining project by a Toronto and New York-listed Canadian mineral development company goes ahead.

Avalon Rare Metals, which has a market capitalisation of US$37m, is pushing a plan to re-open a tin mine that could become an important new source of conflict-free tin to meet global demand.

The company has just completed a Conceptual Redevelopment Study of the East Kemptville Tin Deposit, which is close to a highway from which the deep-water port of Yarmouth can be easily reached. Nova Scotia is keen to develop the international trading links of the port, one of four in the province suited for large commercial vessels. 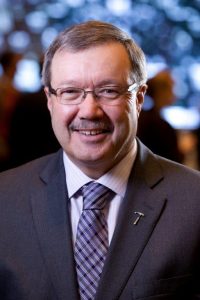 The potential importance of the East Kemptville deposit to North America is underlined by the fact that there are currently no tin producers in North America, and that future global demand for the corrosion-resistant metal looks robust.

Avalon recently commissioned the first economic study of the East Kemptville deposit since the original mine closed in 1992. It had been North America’s only primary tin producer, but operated for a mere six years during which it failed to hit the price cycles favourably. It came into production just as the international tin cartel was disbanded. The result was that significant resources were left un-mined.

The purpose of the study, carried out by Hains Engineering of Toronto, was to confirm the business case for redevelopment of the deposit before securing approvals for site work.

Avalon forecasts that a full go-ahead for the project would create up to 200 much-needed jobs in the area.

One of the key positives for a new mine is the revival in industrial popularity of tin, which is used in  lead-free solders, found on all electronic circuit boards – this application is thought to account for more than 50% of global demand. 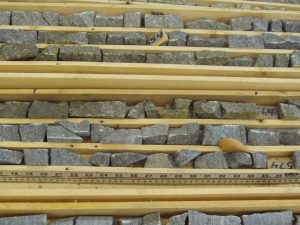 Core from the East Kemptville project.

Among other developments, tin pellets can be used as a fuel catalyst reducing the amount of noxious emissions, but so far that potential has not been exploited. Much research is going on into new applications, but supplies of the metal are increasingly constrained. China is by far the leading producer; Indonesia is the second producer but has been talking of reducing exports to support prices, while there are uncertainties around future levels of output from Peru, which has the largest tin mine in the world.

The East Kemptville deposit also contains indium – a malleable silver-white element used in touch screens, thin film solar panels, electroluminescent displays, LEDs and superconductors, and nuclear power – which has had fairly stable pricing in recent years.
The proposed development assumes conventional open-pit mining to produce 10, 000 tonnes per day, similar to the original mine at the site. Hains recommends building a tin refinery at the site. 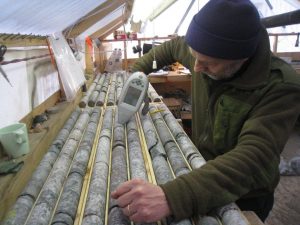 In all, it is estimated the required start-up capital investment would be of the order of C$200m. The study found that by processing 3.5m tonnes of tin ore a year, annual operating costs including tin refining would be C$50m, producing annual revenue of C$100m a year. Production could be initiated as early as 2018 – a relatively short timeframe in the sphere of mineral development.

Don Bubar, president and chief executive officer of Avalon, said: “The opportunity is made more attractive by the excellent infrastructure present in south-western Nova Scotia including year-round road access, deep water port within 60 km, existing power line to the site, nearby communities with available skilled labour, and government supportive of new investment in mineral development. We see an opportunity for Nova Scotia to re-emerge as the Tin Capital of North America.”

Mr Bubar told stockbrokers during a visit to London: “For most of the last 10 years, we have been focused on rare earths, but we have had two other advanced projects, for even longer than we have had the rare earth project. We have had reduced interest, from [potential] end-users and analysts, in rare earths and growing interest in lithium and tin.”

He said that because of its headline activities over recent years, his company is still followed by the markets as basically “a rare-earth play” which means that its other assets amount to “all upside.” 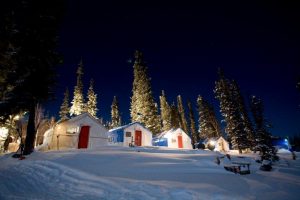 Nechalacho camp lit up at night.

Of specialty metals generally, Mr Bubar said that “in this niche market, the supply and demand factors can shift very quickly.”

Avalon wants to initiate a feasibility study, which would cost around C20m over two years, for East Kemptville, and is looking at the possibility of getting a partner for that study.

The company holds mineral rights at East Kemptville through a Special Licence, a form of mineral tenure granted by the Province of Nova Scotia where there is a history of previous industrial activity.

In May 2014, Avalon entered an agreement with the surface rights holder to secure access for a drilling programme designed to confirm historic tin-copper-zinc-indium resources.

Four months later, the company submitted an application, currently under consideration, for a new Special Licence covering the entire original mine site. Once the new licence is in place, the company plans an initial C$1.2m work programme to confirm likely recoveries and costs, and carry out environmental studies.

Meanwhile, an updated feasibility study is going on at Avalon’s Nechalacho Deposit at Thor Lake, Northwest Territories.  The deposit has heavy rare earth elements such as terbium and dysprosium which are used for high-strength permanent magnets in energy-efficient motors and generators. In March 2014, Avalon entered a strategic partnership agreement with rare earth refiner Solvay. Nechalacho is said to be the most advanced potential large new source of heavy rare earths outside China, which currently provides most of the world’s supply and which uses 60% of its production internally. Completion of advanced permitting process is anticipated in mid-2015, and sites in western Canada are being investigated for a hydrometallurgy processingplant.

China has replaced its export quotas for heavy rare earths with export licences to comply with a ruling from the World Trade Organisation.  The impact is expected to be a less transparent market in regard to availability, and more uncertainty for end-users outside China. Rare earth metals are not traded on exchanges.

At Avalon’s Separation Rapids facility, just east of Winnipeg, Manitoba, test work to produce a high-purity concentrate of the lithium bearing mineral petalite is in progress.  Samples of the product, which has very low iron content which is a contaminant in the glass manufacturing process, have been sent to customers to try out. In addition to their value in shock-resistant glass and ceramic applications, high-purity lithium chemicals are aimed at the growing market of rechargeable batteries.

Institutional shareholders have a total stake of 20% in Avalon. One of the ways the company keeps its costs down is by using the expertise of its senior staff to carry out much of its technical work in-house.