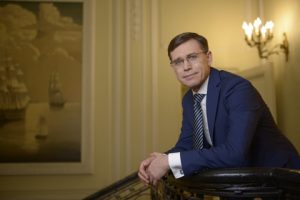 The Russian Federation has sent to the Secretariat of the International Maritime Organization (IMO) a statement on the nomination of a candidate for the post of Secretary General of the organization. The nominee is Deputy Director of the Department of State Policy for Maritime and River Transport of Russia Vitaly Klyuev.

It will be the first time ever that a candidate from Russia will compete for the IMO SG’s post. Previously, the country never nominated its candidates for the post of Secretary-General of IMO.

Russia is a member state of the IMO since the inception of the organization.

The reason for such a move was an attempt by some Member States to make the IMO a platform for biased discussions stirred up by some businesses, due to the attempts to use environmental risks issues as a tool in the struggle for world markets. Russia intends to ensure that during the discussion of any matter all IMO members will be able to find the balanced, compromised and timely decisions.

Vote on the nominees for the IMO Secretary General post will begin in June 2015. The new Secretary-General of IMO will assume the office as from 1 January 2016.

The London, UK headquartered International Maritime Organization (IMO) is a specialised agency of the United Nations with 171 Member States and three Associate Members. The IMO’s primary purpose is to develop and maintain a comprehensive regulatory framework for shipping and its remit today includes safety, environmental concerns, legal matters, technical co-operation, maritime security and the efficiency of shipping.

In 1948 an international conference in Geneva adopted a convention formally establishing IMO (the original name was the Inter-Governmental Maritime Consultative Organization, or IMCO, but the name was changed in 1982 to IMO).

The IMO Convention entered into force in 1958 and the new Organization met for the first time the following year.

The IMO’s activities are aimed among others at the abolition of discriminatory practices affecting international merchant shipping, as well as at the adoption of rules (standards) on maritime safety and the prevention of pollution of the environment from ships, primarily the marine environment. The IMO has a staff of about 300 people.

In a sense, the IMO is a forum where member-states can share information, discuss the legal framework, technical and other issues related to shipping and pollution of the marine environment.

IMO is governed by an Assembly of members and is financially administered by a Council of members elected from the Assembly. IMO is supported by a permanent secretariat of employees who are representative of its members. The secretariat is composed of a Secretary-General who is periodically elected by the Assembly.

Currently, the IMO Secretary-General is a representative of Japan Koji Sekimizu. He has visited the Russian Federation several times and took part in the commemoration of the 100th anniversary of the Russian Maritime Register of Shipping, and also was a passenger of the Russian nuclear-powered icebreaker traveling on the Northern Sea Route.

International Maritime Organization is the global technical institution aimed to regulate international shipping. IMO has a full set of instruments for both developing and properly implementing the mandatory regulations. IMO provides a wide-range forum for developing regulations.

Role of the IMO Secretariat:

Secretary-General’s points of focus for the nearest future:

Areas of potential improvement of the Secretariat activities: