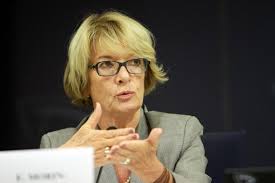 Exclusions of Seafarers: Social Partners welcome endorsement of the Rapporteur’s report in the European Parliament

On 1 April, the Employment Committee of the European Parliament (EP) endorsed the report of Rapporteur Morin-Chartier (EPP, France), which puts forward amendments to the Commission’s proposal aiming at including seafarers in the existing directives on information and consultation, European Works’ Councils, transfer of undertakings, collective redundancies and employer insolvency.

Pia E. Voss, European Community Shipowners’ Associations’ spokeswoman said: “We welcome the adoption of the Rapporteur’s report and are pleased to see that she has taken full account of the common position that the social partners for maritime transport had reached last year. Securing a large support from MEPS on such complex issue has been a tough job and we therefore commend the Rapporteur for her excellent work”.

“The adoption of the Rapporteur’s report marks a very positive outcome that will ensure that the exclusion of seafarers from some key employment and social rights is removed and seafarers can enjoy their right to protection, information and consultation within the undertaking and their right to fair and just working conditions” highlighted Mark Dickinson, spokesman of the European Transport Workers’ Federation. He added that: “The social partners’ common position was the result of fruitful and constructive deliberations and it is therefore very encouraging to see that our joint position has been taken up by the European Parliament as well”.

ECSA and ETF welcome the full support of the European Parliament for the work of the maritime social dialogue, as illustrated by the inclusion of a paragraph specifically commending the vital work of the social partners.

In December last year, the Council of Ministers adopted a General Approach on the Commission proposal, under the chairmanship of Italy, endorsing the social partners’ common position.

Following the vote in the EP’s Employment Committee, trialogue discussions are expected to start soonest amongst the European Parliament, the Council of Ministers and the European Commission.

ECSA and ETF hope to see their common position reflected in the final compromise agreement, which is expected to be reached before the summer break.

The ECSA and ETF joint statement can be found here