Deadline Extension for the Offshore Licensing Round of Greece 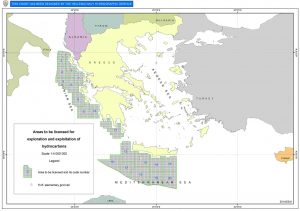 We would like to inform you, from a relevant communique, that it has been officially announced by the Minister of Reconstruction of Production, Environment & Energy that the application deadline for offers’ submission regarding the Call for Tenders: Exploration for and Exploitation of Hydrocarbons in respect of certain offshore acreage in Western Greece and south of Crete (2nd International Licensing Round of Greece) has been extended for two months.

The relevant reference for the extension has been already posted to the Official Journal of the European Union and the subsequent Ministerial Decree will be uploaded in the official Ministry website: